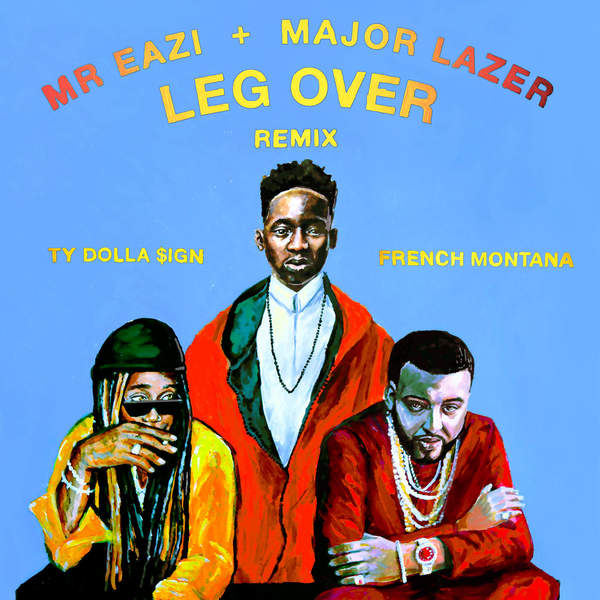 For those that aren’t hip to Mr. Eazi, let me preface by saying you are late to the party. The Nigerian artist has numerous smashes under his belt, including ‘Skin Tight’, ‘Leg Over’ & ‘Dance For Me’. Today, Eazi drops a massive remix to his single ‘Leg Over’ with Major Lazer, French Montana, & Ty Dolla Sign. The track was already a massive smash, with 9.5M streams on Spotify and 19M views on YouTube but this record sounds like it’s ready to crossover to the American market.