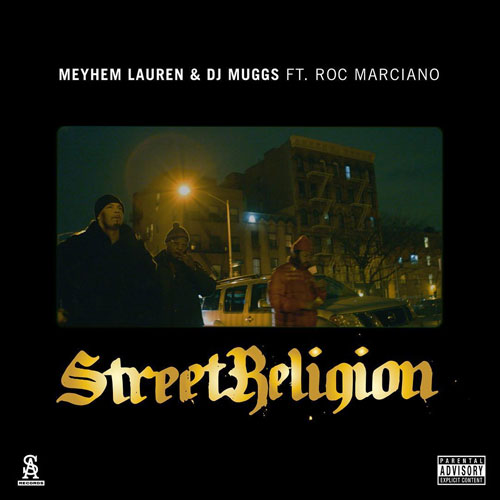 Meyhem Lauren has a thing for teaming up with legendary producers. He’s already put out an album with Buckwild and next up is DJ Muggs. On October 27th the two will release their album Gems From the Equinox, an album that features the likes of Action Bronson, B-Real, Roc Marciano, Sean Price, Conway, Benny the Butcher, Hologram, and Mr. Muthafuckin’ eXquire. This one’s gonna be action packed and the lead single is the Roc Marciano assisted “Street Religion”. The song uses a very familiar sample, the same one used on the Outkast classic “2 Dope Boys in a Cadillac”. This song’s just got a much grittier, street edge to it.