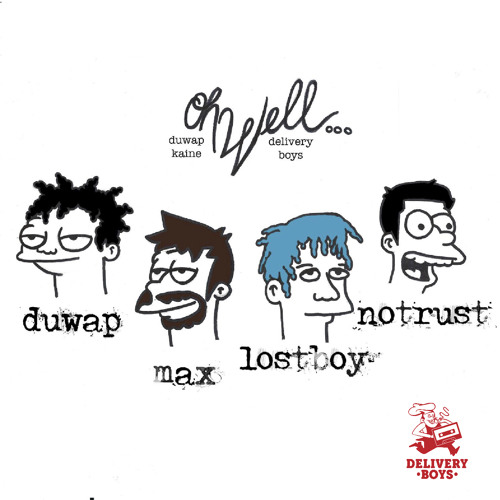 There’s a crew out of Brooklyn making a splash and while they’ve got new school influences and sounds, them and their story still feels authentically New York. The crew literally met as delivery boys, well at least two of the members Max Gertler and Goldwood reconnected after they’d known each other when they were younger as both were delivering for postmates. The rest of the crew really filled out of their friends but their was a bond for the music. Two of the members Lost Boy and Max Gertler just dropped this new heatrock titled “Oh Well”, featuring Duwap Kaine, a hot up and comer whose been very hit or miss for me but he really hit with his contributions to this one. Check out the new jam below.