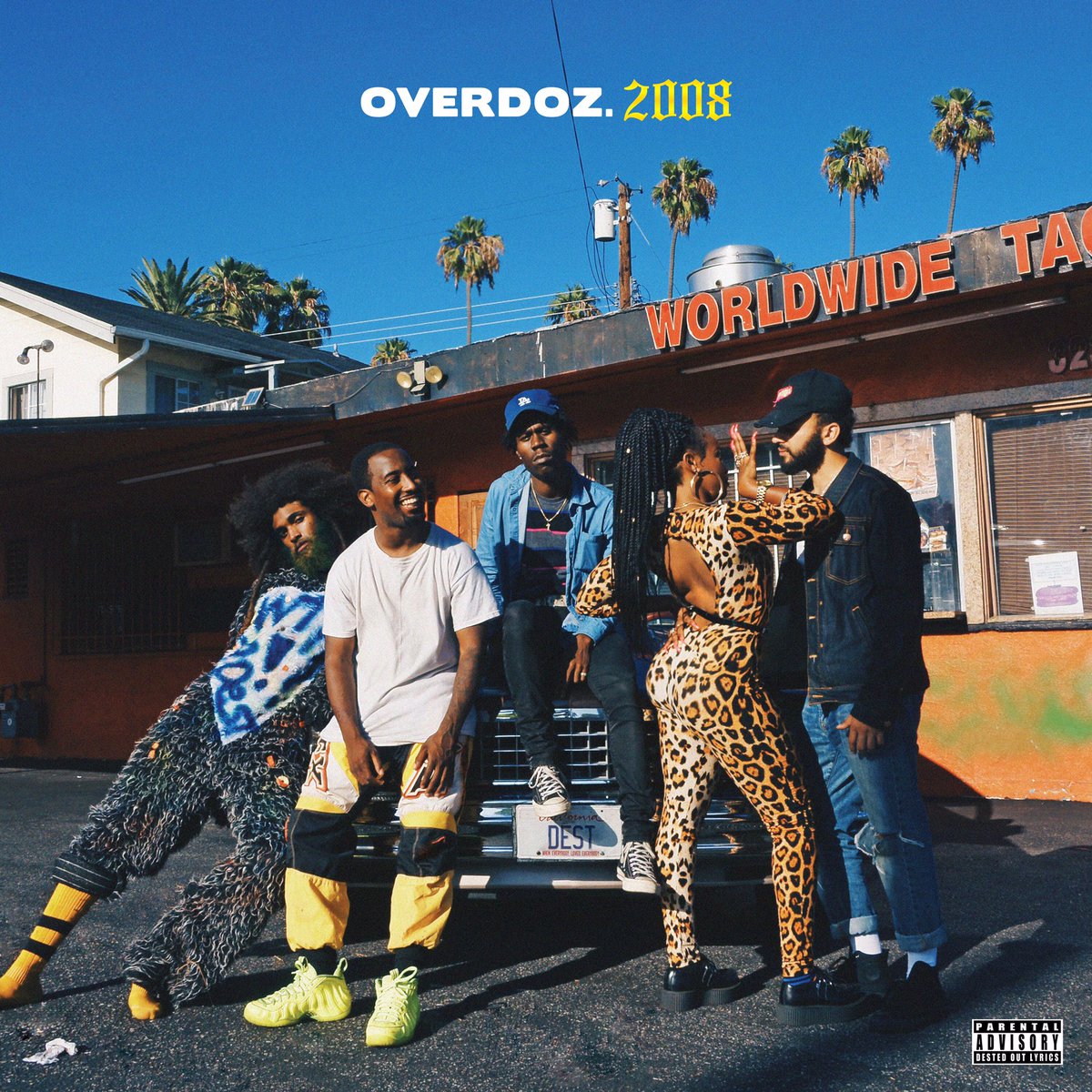 No you aren’t dreaming. Yes this is real. Overdoz‘s long-awaited debut album 2008 is now available for download & streaming everywhere!

This album has been announced for over three years but a release date was never revealed until earlier this week. The only two features come from Miguel & ASAP Ferg from previously released singles, the producers on this album should make you interested off the rip. Pharrell, Hit-Boy, Organized Noise, Pop & Oak, THC, Iman Omari, Terrace Martin, 1500 or Nothin, & Brett Bailey contribution production on this album. Six of the 16 tracks on this album were previously released over the past three years, so fans will be able to catch some nostalgia while enjoying the ten other new songs. As we learned during the blog era, Overdoz is hands down one the most unique groups hip-hop has ever seen. This album should prove that point even more.