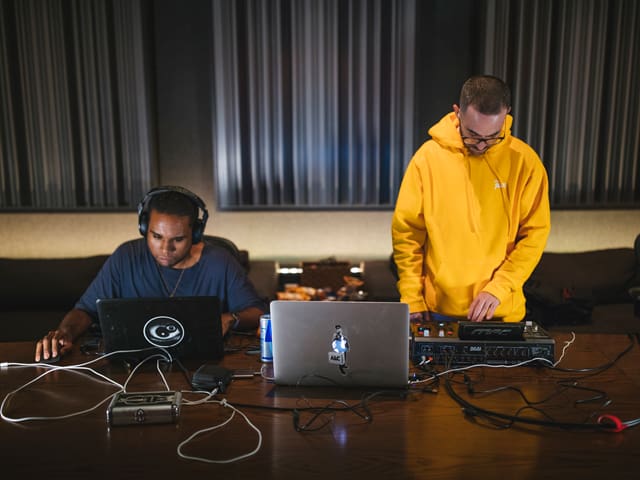 Lunice and The Alchemist are both great producers in their own right but they really have such different sounds. Lunice is best known for his work with Hudson Mohawke as TNGHT and his sounds tends to be more electronic while The Alchemist is a hip hop legend that does get experimental but his sound is 100% rooted in the golden, sampling-based sound of hip hop. Their talents were pulled together anyway for Red Bull’s BC One World Finals, a break dancing competition. Of course there’s music needed for that sort of thing, thus we have “Vibration” for the poppers to pop and the breakers to break.