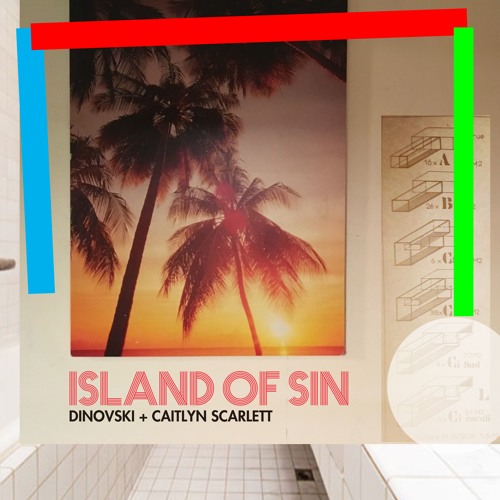 Dinovski is a name you may not be familiar with but there’s a big chance you’ve heard his work before. His real name is Pierre Guimard and he’s the co-founder of Choke Industry. He’s produced a large majority of the label’s catalog, including Lilly Woods and The Prick’s smash single ‘Prayer In C’, which is approaching 500 MILLION streams on Spotify. He’s branching off into releasing his own solo music and the beginning of his campaign is with ‘Island Of Sin’. The track features vocalist Caitlyn Scarlett and man, this track has to get you going. The track was worked on while out in La Réunion where Pierre was traveling to work with Choke Industry’s Tess. This song is inspired by Maloya (traditional rhythm and dance from La Réunion) and its triple-time dance rhythm. In a world of fabricated hyper-active pop records, ‘Island of Sin’ stands out in it’s own lane.

Stream ‘Island of Sin’ below.