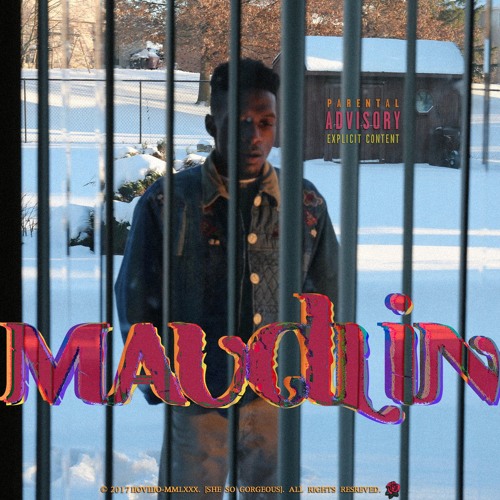 The early part of this decade was an exciting time for Chicago and we’ve gotten to watch the city’s influence and power in hip hop grow dramatically. Around 2011-2012, there was a lot of up and coming noise. The city was essentially split into two sounds however, you were making drill music or more conscious music. You had Chief Keef as the face for drill and Chance The Rapper became the face of the conscious. But really there were just so many talented rappers who were killing it at that time. One of my favorite collectives was the 2008ighties crew. They were comprised of 7 different emcees and they really had a buzz around this time. They were definitely a blog favorite and member Julian Malone even inked a deal with Stones Throw for a short time. For whatever reason they crumbled but there’s still remnants of them all over. Calez has been out here consistently dropping music and UG Vavy (formerly U.G.) still has a really good buzz for himself in 2017. Maybe my favorite member of the crew was Legit, who had some solid solo work of his own to stand on. His debut mixtape Coloring Outside The Lines featured the fantastic song “A N*gger in Northface” as well as an early feature from Tink. That was in 2011. He’s dropped tracks since but they’ve gotten sparser and sparser over the years. At this point I kind of just figured Legit had probably called it quits with rap but thankfully that’s not the case!

He just released this brand new, 11-track project Maudlin. The drought is over and hopefully there’s plenty of you like me that remember Legit and are excited to check out what he’s got in store. You can stream it all below and also below is a little note from Legit which explains the wait and what’s been going on.

“It’s been a long time. I shouldn’t have left you, left you. Bad joke. How naive of me to expect you to wait this long. Rome wasn’t built in a day, but neither are paper planes. Plus, I like paper planes and Rome fell kinda hard… Still, I’d be lying if I said I wish I spent less time on this. I wish I spent more time. Originally I made this really weird intro but I ended up scrapping it bc it was probably too far left of a starting point. Would have loved to make that work. Oozaru is by far the oldest record, has like 7 different versions, and I still am not in love with the final. (no slight to Kev or Ralph they both killed that shit) I wanted to put some more drums at the end of Usual Suspects… I wanted to re-record some of the vox on Fatality. I can go on for twice the length of this letter about all of the things I wish I could change.. fix.. make better. I guess that’s life? Maybe for some. For me “life” consists of working and nothing else. I lost a lot during the process of making this project, and as a result I have spent a lot of time alone. I pushed relationships with close family into a corner I don’t enjoy approaching. I’ve let friendships dwindle. I’ve lost feelings of romance and affection that at one point seemed to be the only thing keeping my head on straight. I watched my past rear its head and interrupt any peace I was seeking. I became more and more familiar with death, through my own close encounters as well as losing some very good friends. I started questioning existence, and I still am. Also while creating the majority of this project I made attempts at celibacy that were both torturing and unsuccessful. I damn near don’t recommend that shit lol. I never really feel comfortable enough to talk about these kinds of things so I write songs instead. Music has always been the only constant pushing me to keep going… that, and the unwavering support of my friends, family, and fans that will honestly make me cry if I think too much about it. I love them a lot. If you contributed to this project I cannot thank you enough, whether it made the final cut or not. Long story long, I said all of that to say.. We appreciate your patience :)”

Legit – Thief In The Night (FreEP)