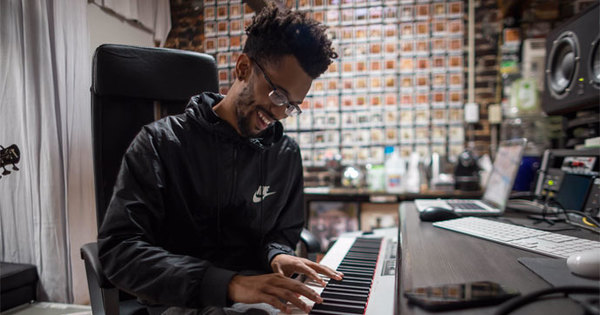 Cam O’bi‘s a pretty big time producer whose done work for Chance The Rapper, SZA, J. Cole &
Noname to name a few. Occasionally he’ll get behind the mic and lend his vocals too, he did that most notably on Noname‘s “Diddy Bop”, which is one of my favorite hooks in a while.

The producer/singer was approached to create a song for the Netflix series “The Get Down”. They wanted something that of course would have fit with the time of the show, which was the early 80s. They wanted something that you’d hear on the radio in the early 80s that had a funk/r&b/proto-hip hop vibe. He did as asked and the product was this tune “Jeri Curl”.The was never used for the show so he figured why not let this out of his hard drive and into the world for the people to enjoy