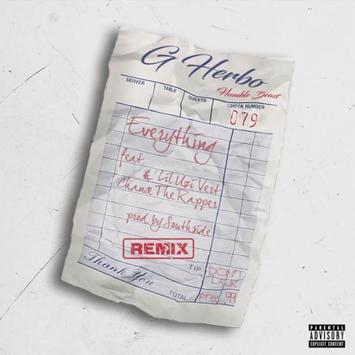 Last year, G Herbo released his proper debut album Humble Beast to raving reviews. One of the album’s most popular records was ‘Everything’ featuring Lil Uzi Vert. The menacing banger gets a remix just hours before Herbo releases the deluxe edition of Humble Beast. Chance The Rapper joins Herbo on the remix and this is going to be a special record for Chicago.

Stream the ‘Everything’ remix below.