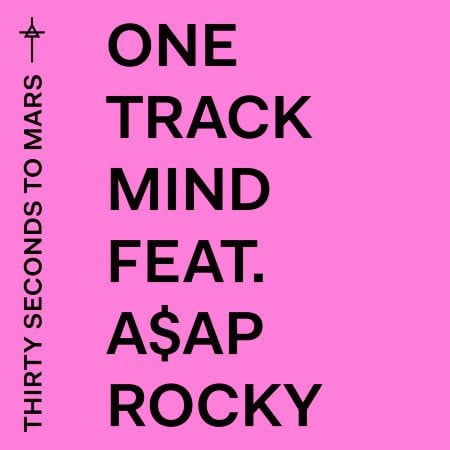 Thirty Seconds to Mars is a rock band that’s been around for well over a decade. The group is most notably know for their self-titled album that dropped in 2002 and the fact that the band’s lead singer is Jared Leto, who also has a massive acting career. On April 6th, the band is planning to release their new album The New Album and today, their new single ‘One Track Mind’ was released. ASAP Rocky assists on the track and he really fits pretty well on the record.