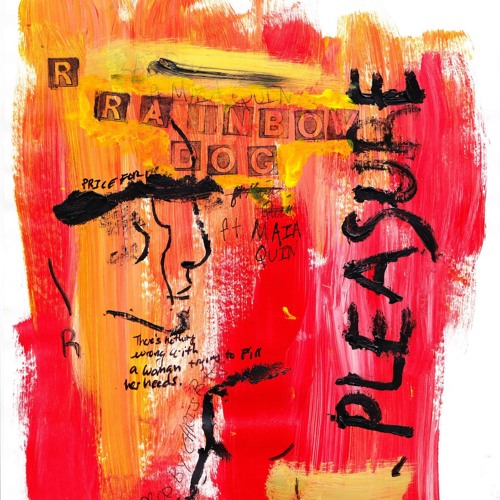 We’re really living up to our name everyday here but we’re truly Fashionably-Early on this one. Rainbow Dog is a jazz fusion band based in Los Angeles who have a grand total of six Soundcloud followers. The band released their debut single ‘Pleasure’ featuring Maia Quin last week and man, is this a gem. The band lists Ravyn Lanae, Monte Booker, Robert Glasper, & Terrace Martin as inspirations and man, you can hear those influences all over this track. This is a really unique sound that will definitely have you coming back for more. The group has an EP in the works and we’re excited to hear what comes of that.

Stream ‘Pleasure’ and read words on the track below.

“The general message of this song is that there is a “price for pleasure.” We both (Agnes Azria, the lead singer of the band, and Maia Quin the featured artist) address the repercussions of indulging too much in the two most popular forms of pleasure in pop culture… sex and drugs. Maia in her verse and chorus talks about knowingly overstepping her boundaries but enjoying herself anyways, aware of the consequences they might bring. I wrote this song about the freedom to enjoy sex and fight against purgatory, hence the first verse “keep working if you want freedom because nothing ever comes that easy.” My message is to remind my audience that there is no reason to feel guilty for wanting to have sex. While the chorus echo’s “there’s a price for pleasure” both of us emphasize our right to choose and indulge in them anyway. If anyone degrades or condemns you for wanting to satisfy yourself, that is repression and they either have to deal with us or they can be EXCUSED.”