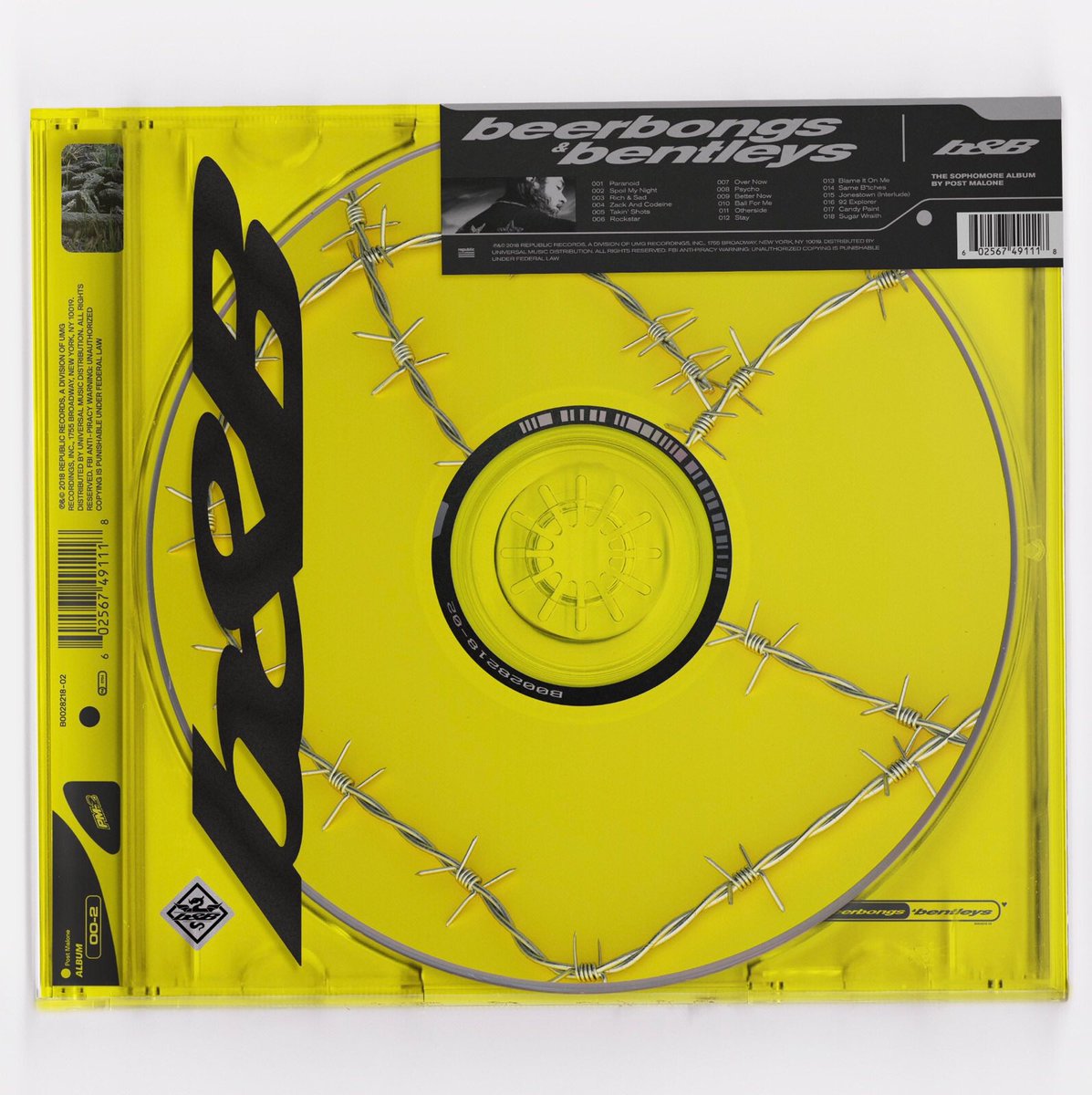 Post Malone‘s long-awaited album Beerbongs & Bentleys is now available for download & streaming across all platforms. Post’s debut album Stoney was a slow-burner, spawning a number of post-release hits. At the end of 2017, Post Malone released his smash single ‘Rockstar’ which spent months atop of the Billboard Hot 100 and broke numerous streaming records. That single, along with ‘Psycho’ served as the albums two pre-release singles. Beerbongs & Bentleys features 18 tracks with features from Swae Lee, 21 Savage, Ty Dolla Sign, Nicki Minaj, G-Eazy, & YG. This album is about to be one of the years bigger releases, so expect to hear many records off this release for a while.