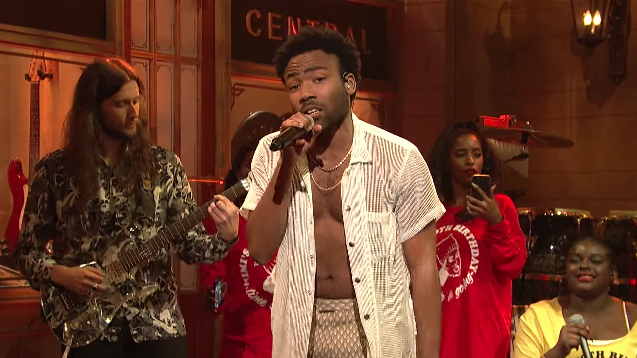 There’s only a select few artists that are of the echelon that they are allowed by their label and team to go on Saturday Night Live and perform two brand new songs and Childish Gambino is now on that level. He was the host of SNL last night as well as the musical performer and for those two songs, he did in fact perform two new songs. He performed “Saturday” along with “This Is America“, which he also released officially last night along with a music video. Watch the performance of “Saturday” below.