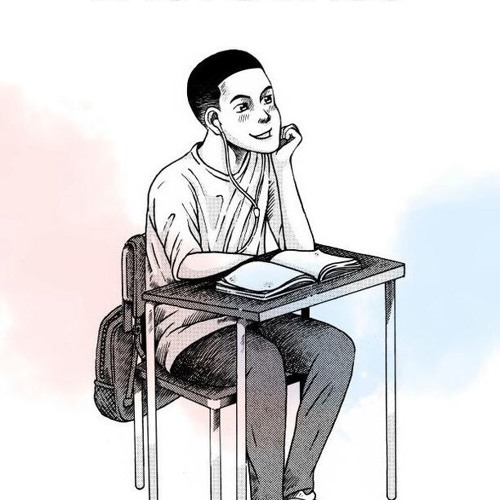 lastclass. has been quietly crafting hits for the better part of 2018. Hidden behind anime stills, this intriguing artist bridges genres with ease and never allows himself to get caught up in what you might expect from his music. Whether he’s rapping, churning out melodic bangers or singing over stripped down production, lastclass. makes it extremely difficult to pin down exactly where he falls in the music scene. This desire to create without limits translates well into his often poetic musings and cryptic image, as it allows him to share his mind with us from a place out of this world. Working with other equally mysterious artists, lastclass. is an enigma of great music who is just waiting for you stumble across the goldmine he’s been building up.

Keep reading below to find out more about this hidden gem and what brings inspiration to his work:

Can you tell us a little about yourself and where you come from?

I’m from Philadelphia, PA, I’m 20 years young, I LOVE anime lol, it’s probably the thing I’m most passionate about besides music. I’m a pretty laid back guy, I just chill and record while I’m not attending my classes for college 🙂

What are some of your favorite anime?

My fav anime are Toradora!, Re:ZERO and Tokyo Ghoul

What pushed you to begin making music and when did you start?

I started making music a few years back as a producer, I’ve always had a really strong love for production. Around early last year I started making my own songs under the name, “kingmeezy”. I grew a bit of a fanbase and was really starting to hit a groove.. sadly though, I went through a small crisis that made me contemplate quitting music. When I decided to return I did so under my new alias, “lastclass.”, and I’ve since felt like I have really come into my own as a musician

Is there a difference between the music that kingmeezy made and lastclass.’s sound?

Oh definitely! There’s a big difference in my opinion anyway. I think since becoming lastclass. I’ve added a lot more heart and diversity to my sound.

Can you tell us more about the crisis you mentioned?

Sure, I lost a family member who was a big part of why I was making music and when that happened I didn’t have the drive to continue. After a little while my friends supporting me at the time really helped me get out of that slump and I was able to come back 🙂

How do you typically start working on a song, do you think of some lines or does finding a beat inspire you?

Ah, many things inspire me tbh. Every song I’ve ever written was inspired by something different, it could be something like a memory, or even something like just seeing a flower and I’m inspired.. inspiration comes in the weirdest forms and at the oddest times.

What is the Winter Hill Clan and how did you become a part of it?

winterhill is a collective of artists and producers that I’ve been a part of from the early stages. It started off as just a few of my producer friends across the internet getting together and making a small group. As time went on and we built individual names for ourselves through the progression of our music, we built our name and brand and I hope we only continue to grow! Those guys are my brothers for life 🙂

So why the anonymity?

Honestly idk when I started the whole anonymous thing lol. I wasn’t always like this, in my early stages I was actually very open about who I was and my appearance.. but I think I have a good aesthetic going right now and that’s really the main reason I keep it going. Plus I think there’s something about listening to someone you don’t know much about that makes people even more interested.

How would describe your music/your sound?

If I had to describe my music in a few words I would say: different, emotional, and heartfelt. I put my all into every song, and I think that brings out a genuine sound that people can relate to 🙂