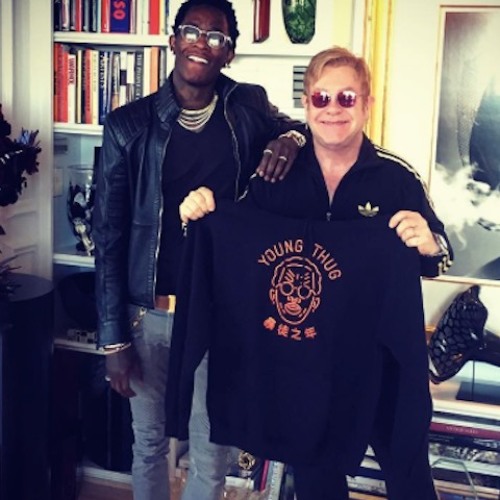 If anyone ever tells me that Young Thug isn’t a walking living legend, I’m automatically just playing this song. I’m downloading this to my phone and making it my ringtone, text tone, everything. I’m gonna be the guy on the train playing this out loud on their phone but not even one person on the train will be bothered by it. For some context, a new Young Thug song just hit the internet, and it’s a remix of Elton John‘s classic hit song “Rocket Man” from 1972. This remix isn’t completely out of the blue and Thug and Elton both have a mutual admiration for each other. They’ve met before and Elton compared Thug to John Lennon. The beginning of the new remix samples the original song but then Thug’s vocals creep into the background and you know right from the jump that we’re in for pure ecstasy. LISTEN TO THIS RIGHT NOW!!!