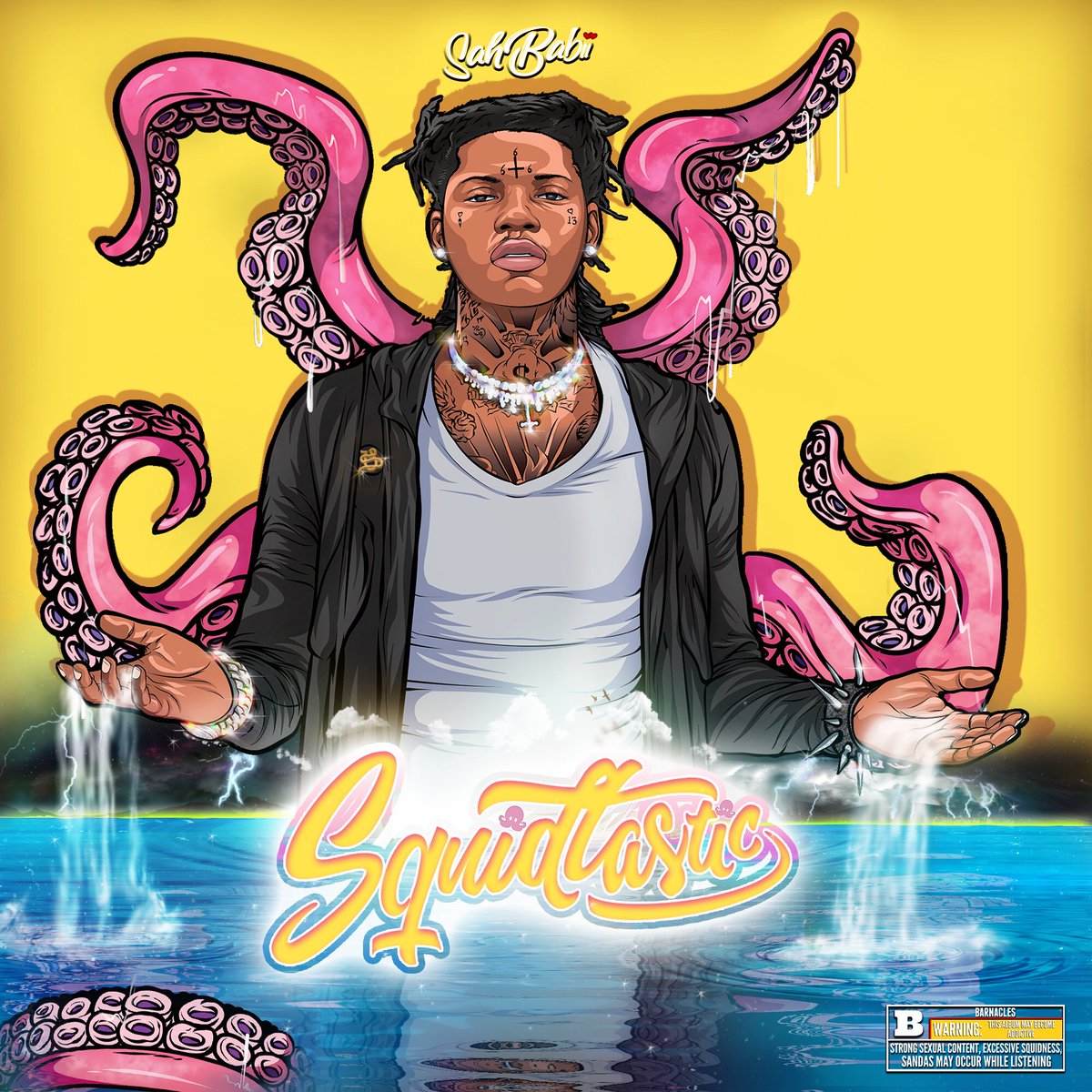 Sahbabii‘s long awaited project Squidtastic is now available for download and streaming across all platforms. Sahbabii exploded last year with his breakout single ‘Pull Up Wit Ah Stick’. He eventually inked a deal with Warner Bros. where they pushed ‘Pull Up Wit Ah Stick’ and re-released his mixtape S.A.N.D.A.S. It looks like his deal with Warner is over, as Squidtastic was released independently. The 12 song project boosts only two features from T3, so we’re about to get a lot of Sahbabii himself on here.