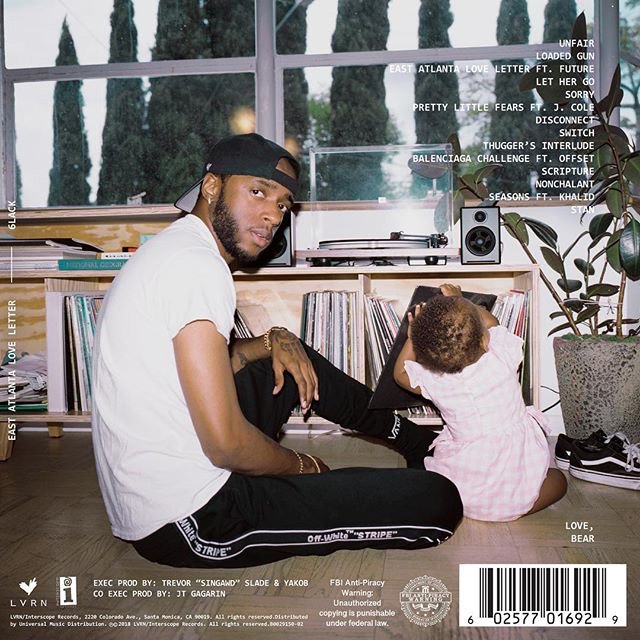 6LACK is set to drop his second proper album East Atlanta Love Letter this Friday, September 14th. This is following up Free 6LACK, an album that didn’t have nearly as many eyes on it when it dropped but was a widely acclaimed album that built plenty of steam over time. Now a lot more people are watching 6LACK and he’s looking ready to show and prove. He just dropped the tracklist for the album which features 14 tracks and some enormous features from J. Cole, Future, Offset and Khalid. Peep the full tracklisting above. This album’s sure to be a doozy.