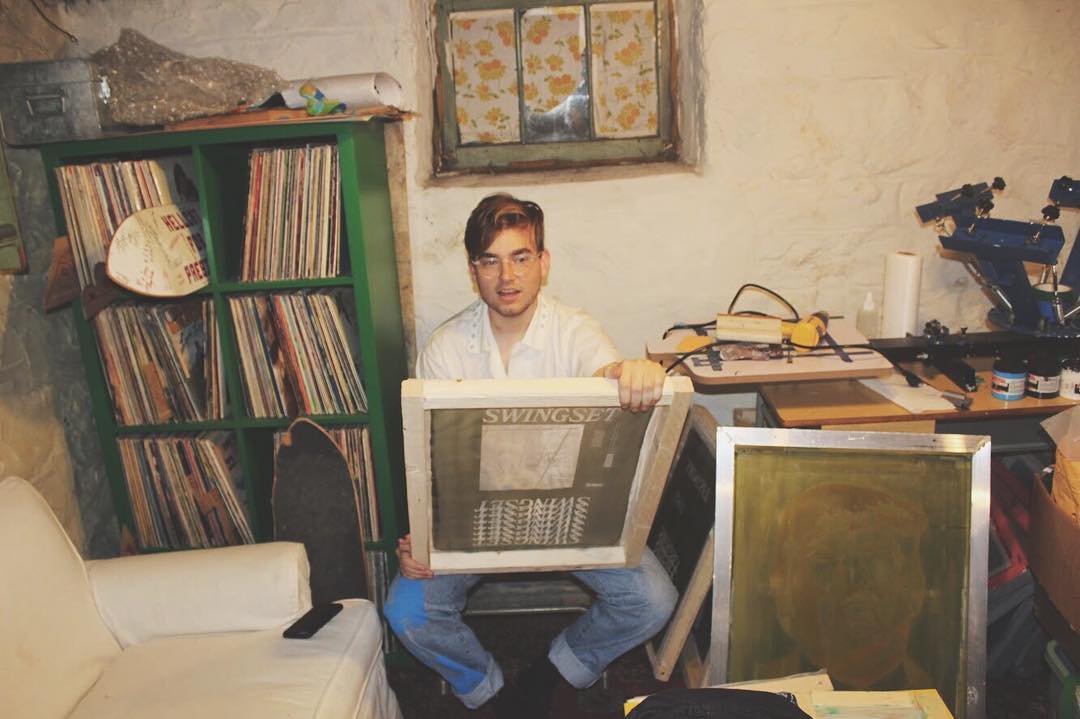 Danny Dwyer is an artist who creates through shear need. With an inner drive to make something new and timeless, Dwyer works fresh every single in an effort to leave his imprint on music for future fans to enjoy… and he’s well on his way to accomplishing this goal. Running the marathon that is a life in music, the St. Louis singer-producer is meticulous with every step to ensure he reaches the finish line stretched out in front of him and shows no signs of burning out anytime soon. This exciting musician is a perfect example of the artistic renaissance we get to enjoy from this revival of the DIY scene. Read below to learn more about Dwyer and the pursuits of a true creative.

Can you tell us a little about Danny Dwyer and where you come from?

I’m from St. Louis. I write songs. I produce and play all the instruments on most of my music (yes including trumpet). I live in LA at the moment.

Your style is very eclectic, how did it develop?

It’s really a mix of all the music that I listened to growing up. I was always discovering music on my own, just from the radio or things my brother was listening to. Early on it was just a lot of pop radio, then I got really into rock stuff, me and my brother had a band together where we played pop-punk covers, mostly at church picnics and open mic nights, then in high school I got really into jazz and playing trumpet with the school and later hip hop and soul and making beats. I feel like my music now reflects that history.

Your taste was really all over the place growing up. What were some favorite acts that stand out from your childhood?

Sum 41 was my favorite band as a kid. I remember being obsessed with “Yeah” by Usher and “Get Low” that one year when everyone was. I used to just download a lot of random stuff from LimeWire, most of it ended up being Soulja Boy

Out of all the songs you’ve made, what is your favorite and why?

“Swingset” is my favorite of what is released. It’s a unique mix of all my influences and is indicative of the sound to come. But yea, there’s some hits on the EP I’m excited for you guys to hear.

Speaking of your EP, is there anything you can tell us about it?

I’ve been working on it for a year and a half now and have gone through, like, 400 songs to arrive at the five that are on it.

How do you think moving to LA changed both you personally and your career?

I don’t think LA changed me personally, I’ve met some good friends here which is cool. It’s nice to be in good weather all the time, but I do miss rain and thunderstorms and being around nature daily. Overall it’s cool.

You’ve only got two official singles out, so how are you so meticulous with your content?

I’ve made 400 songs in the past year. “What You Want” was the first song I wrote, I put it up and people really liked it. With “Swingset” the time just felt right and I wanted people to hear the direction I was going. I really just do what feels right release-wise.

400 songs is crazy, how are you able to keep up your creative energy?

I just create every day, I have for the last 5 years at least. That process is just a part of me.

When people look back on your career, what do you hope they remember you for?

I don’t know anyone that works harder than me. I just want to push the sound forward and show people something they never knew they wanted to hear.