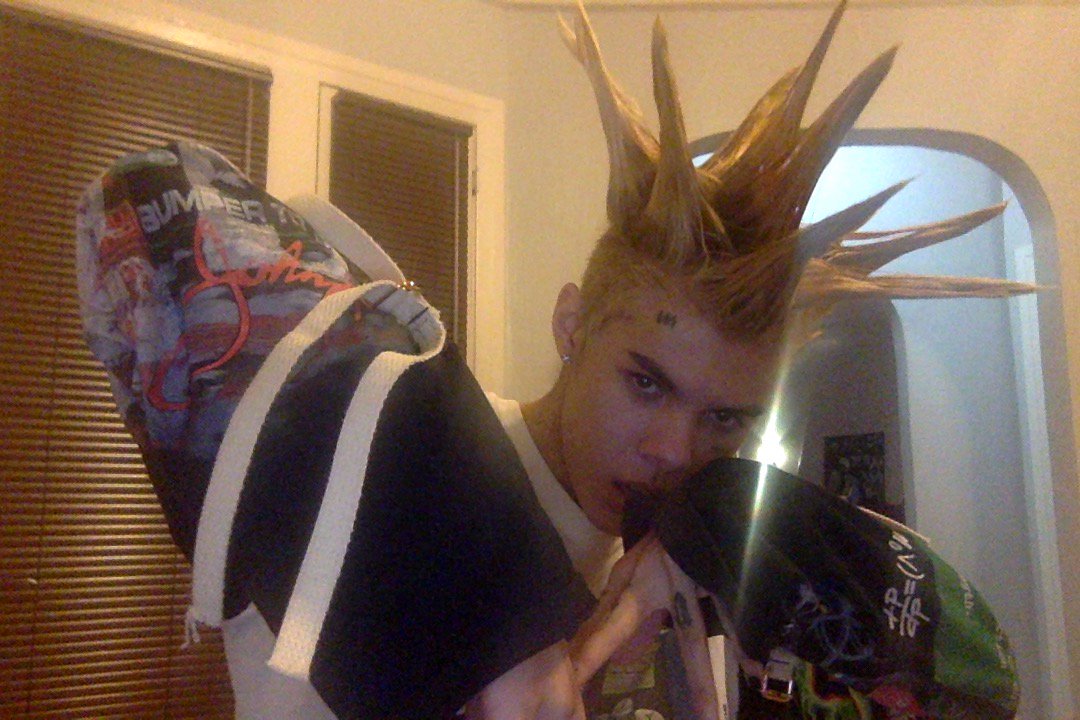 I remember coming across NASCAR ALOE a couple months ago just on a daily scrolling through Soundcloud. It didn’t really stick with me then and I guess it just felt too left field but I revisited him yesterday and I truthfully don’t know what I was thinking. As you could assume by his picture, Nascar’s sound is very rough and hardcore. It really reminds me of mix of XXXTENTACION‘s distorted sound and Ski Mask The Slump God. It took me more than one listen to really appreciate this kid but now that I found it I’m kind’ve loving it. He’s a seriously talented rapper and just artist in general and I think that could grow more in 2019 and turn into a big year for him. He’s going to get attention off his looks and crazy spiked hair alone but he could be a “Look At Me” away from blowing up. He’s already doing good numbers on Soundcloud alone and really growing a solid fanbase of his own.

His latest song is called “FUCK FASHION PUNKS” and it’s one of my favorites. It’s an emotionally, hardcore charged song thanks to the boastful hook but the flow on his verse is also just so smooth. Go ahead and take a listen below. I don’t think he’s for everyone but there’s going to be a lot of people that love this kid.