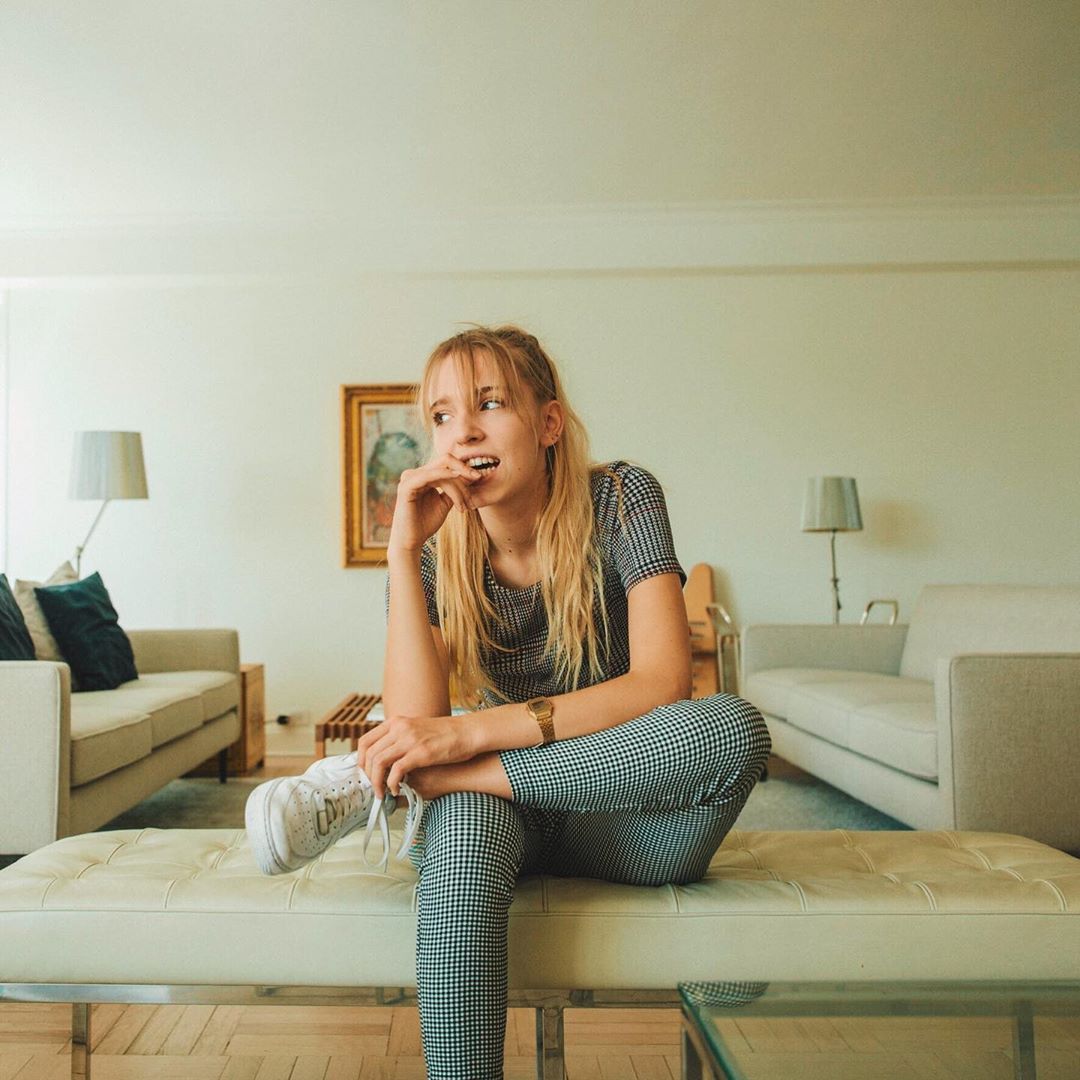 I got hip to New Yorker Maude Latour just a couple weeks ago when I stumbled across “Superfruit” and it became my favorite song. And now she supplanted that because she dropped another single. This one’s called “Plans” and my god it’s divine. Big kudos to Alexander 23, who you may know as one of Interscope’s hot new signings; he produced this song and lent it an unforgettable beat for Maude’s dream-like voice to do audio gymnastics. She twists melodies like you play with a rubberband between your fingers, they’re soft and malleable.