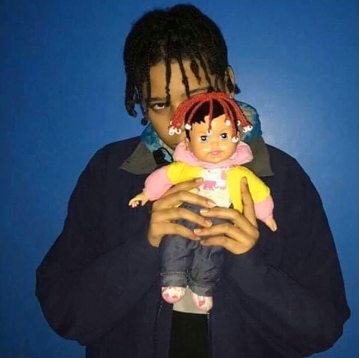 Never ever doubt Soundcloud. As much as its not the new artist incubator it once was, there’s still so much talent lurking in the shadows and one such is this kid AYCE COMET. Out of Boston, he’s been releasing music for a couple years but has been really coming into his own and his latest song “DASH!” is kinda fantastic. The XXXTENTACION influence is definitely there but AYCE really has a sound of his own, relying heavily on dark melodic vibes to make this dingy R&B sound that you hear here. It’s moody, depressive and beautiful and while the moody stuff always has a leg up with striking a chord with me personally, I truly think this kid’s got something and the growing support he has shows that i’m not alone. I love his tone and where he’s going and I’m excited to watch his music continue to evolve. Take a listen to “DASH!” at least five times down below.