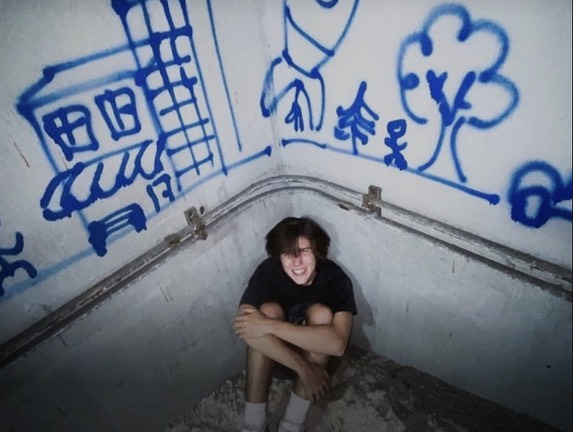 I remember scrolling across Laundry Day, and at this point when they first started to break through, they already had two full projects out in about a years time with the 3rd on the way. It was already evident that these New York kids were creating A LOT and the work ethic was at a high. Sawyer Nunes is one member of the 5-piece ensemble, providing vocals, guitar, production and really was the engine making the band move more than anyone else. Sawyer is something special, with a life that was meant to be seen and it started when he moved from New Orleans to New York as an early teen to start acting on Broadway.

To further reiterate, Sawyer is a special, insanely talented human being and now we get to see a closer look into that crazy brain of his on this experimental leaning new solo project Throwing Up, with a title that even eludes to the unstructured feel of this one. This one came out a bit under the radar but it was put out under Warner Records, any one from Laundry Day’s first release under a major label. But please do not sleep on this release, there are some real intriguing songs buried in here like “Spin” and “Not Scared of the Bends” among others. Go ahead and give it a spin below.