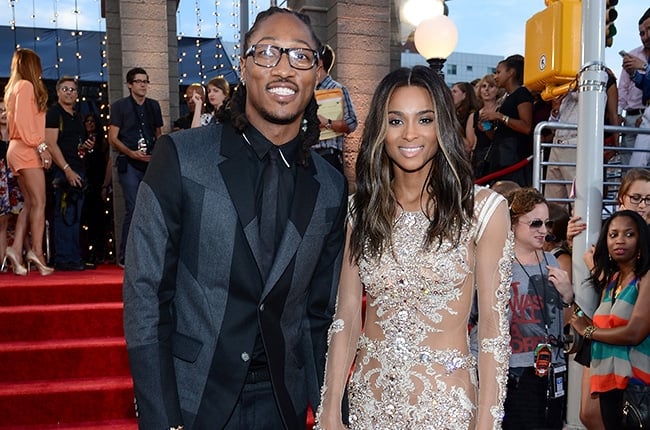 The Ciara & Future saga has a new extension, as Ciara has filed a $15 million lawsuit against her former partner for defamation, slander and libel, most stemming from public comments Future has made over the past year. Ciara is not happy about public statements Future has made about her mothering skills, private parts of their relationship, and other comments made to help promote his career and harm hers.

While we are a part of the FutureHive over on this end, I have a feeling that this might not end well for our savior. Only time will tell, but Ciara seems pretty desperate to get her image back in good standing in the public with this new attempt, making Future look like a villain. Only time will tell how this will end. View a screenshot of the court document below as well as some quotes from the news break. Read the full news break here. “Ciara says that Future has – over the past year – published numerous false and defamtory statements regarding her which contain several misrepresentations regarding her conduct and character.

She says Future knew the statements were false and didn’t care about the consequences she would suffer as a result.

The singer accuses her ex-fiance of lying about her publicly to increase interest and publicity for his upcoming musical endeavors, namely the release of his upcoming album and tour. Ciara blasts Future saying he purposefully published lies about her on his Twitter account, social media and other interviews to destroy her reputation as a good mother, to diminish her brand and to impair her professional career in the entertainment industry.

The suit adds that Ciara respects and recognizes Future’s right to free speech under the first amendment of the Constitution. However, he doesn’t have free reign to say whatever he wants knowing what he is speaking is untrue.

Ciara informs the court she is a well-known, successful, recording aritst, songwriter, producer, performer and entertainer along with actress and has a huge fan base around the world. The singer also describes herself as a pillar of her community and extremely active with community service and philanthropy and she says she’s known as a great mother.

The suit explains that the parties were in a highly publicized romantic relationship given their celebrity status. The two gave birth to their son in 2014 but their relationship ended around September 2014 after the birth of Future.

Ciara says after numerous attempts to arrange custody, child support and visitation she had to file a claim against him in another state for support.

Ciara claims Future has made several false and defamatory statements to journalist and members of the media which have been re-published to millions of listeners, readers and viewers around throughout the world.

Ciara points to the infamous HuffPostLive interview in which Future spoke about not waiting till marriage to have sexual relations with her. She says that her ex inappropriately divulged details of their personal life to the interviewer and millions of listeners, saying that Future only brought it up because Russell spoke about waiting to do anything sexual with Ciara until they were married.

She also points out to interviews her ex did with The Breakfast Club radio show.

She says it is clear that Future does not share her sentiment and desire to keep their family law matters private and confidential for the sake of their kid. Further, she blasts her ex for accusing her of implying that she needed Russell and also that she used her son as a publicity stunt after a photo was taken by a photographer that showed her with Russell and Future Jr. in a stroller. ”