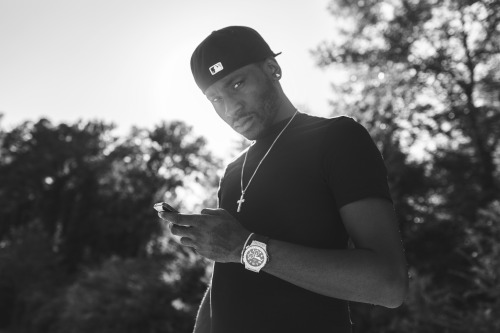 We’re starting off our weekend with some terrible news out of Atlanta. Trentavious White, also known as Bankroll Fresh, was killed in Atalanta outside the Street Execs studio. According to reports, at least 50 shell casing were found on the scene, which leads us to believe that this was a very personal killing. Bankroll died in transit to the hospital after the shooting. Terrible.

The rapper has been consistently putting out buzz worthy singles out of Atlanta since he hit the scene with ‘Hot Boy’ & ‘Walked In’. He was a standing figure in the scene since then, working with the Street Execs and 2 Chainz frequently. If you haven’t listened to Bankroll outside of his singles (or at all), please dig into his self-titled mixtape, along with Life of a Hot Boy 2: Real Trapper. Some of his standout tracks include the previously mentioned ‘Hot Boy’ and ‘Walked In’, along with ‘Trap’, ‘Real Trapper’, ‘Show Em How To Do It’, and ‘Take Over Your Trap’.

It’s really sad to see anybody go, but somebody with this much talent really hits hard. Sending love to his family and friends. View some reactions from artists and DJs in the game below, along with a tweet from news outlet 11 Alive News that originally “announced” the news. Thus far, artists and DJs like 2 Chainz, Lil Wayne DJ Mustard, DJ Drama, Drumma Boy, Rich The Kid, Cardo, Mike Will Made It, Juicy J, Jacquees, and many others have sent their condolences. I’m sure this is hitting 2 Chainz hard, as he was very close with Bankroll and he just released his new album Collegrove with Lil Wayne. He should be celebrating his latest release, but he’ll have to mourn the loss of one of his great friends.

Man I'm a fan of Bru and always will be , I'm in shock at the moment !! Senseless deaths we just got to stop it , I'm speaking up now ??

we lost a good one. Rest peacefully lil homie Bankroll u gon always be family

I'm sick to my stomach ?

Jeezy – All There (ft. Bankroll Fresh)