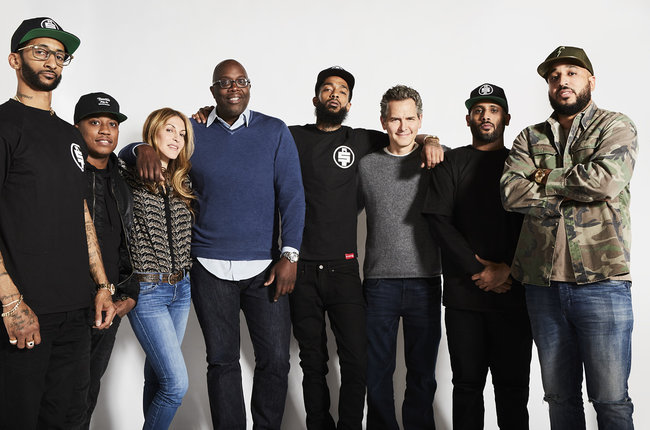 It has been well over half a decade since Nipsey Hussle announced his album Victory Lap but at the top of 2018 we will finally be hit with the album. Today, Nipsey Hussle announced a new partnership with his company All Money In and Atlantic Records to release the aforementioned album. Billboard confirms the deal as a multi-album deal and Atlantic gains no ownership over All Money In. The deal is structured so that Atlantic is only rendering the services of Nipsey from All Money In, so the rest of the company and their artists will remain independent. For those unaware, Nipsey was signed to EPIC Records back in 2010 but left his deal and launched his company All Money In with Samiel “Blacc Sam” Asghedom, Adam Andebrhan and the late Stephen “Fatts” Donelson, who passed away earlier this year.

Nipsey’s first single under the new deal – ‘Rap N**gas’ – is due out this Friday (December 1st). Very interested to see how this partnership works out.