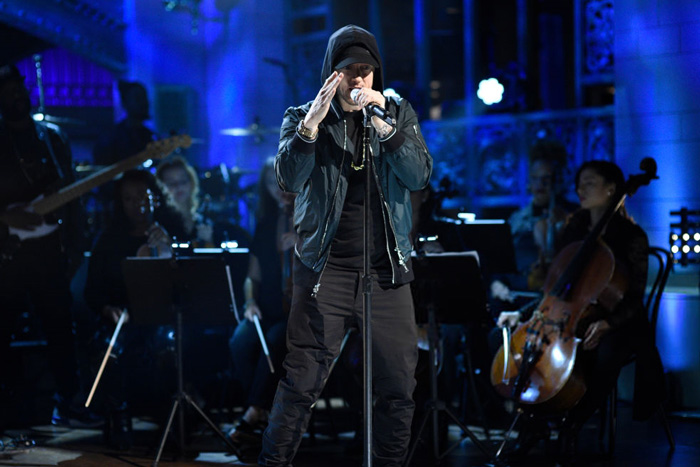 The rollout for Eminem‘s new album Revival started with a fake medication advertising campaign last month. In November, we were hit with the album’s lead single ‘Walk on Water’ featuring Beyonce and a live performance on Saturday Night Live. December will bring us the entire album.

Today, Dr. Dre tweeted a new promo video announcing the album’s release date. December 15th is the day when fans will be able to hear Revival, Em’s first album in four years. The lead single hasn’t been that well received, so hopefully a new single will come before December 15th to get some more fan interest. View the new promo video below.

Use as prescribed by your doctor. @Eminem pic.twitter.com/hje9I92C17