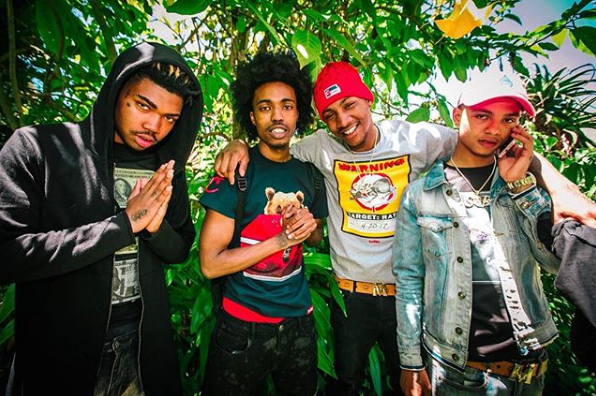 It’s a sad day for hip-hop fans. West Coast group SOB x RBE‘s new album GANGIN 2, due out on September 28th, will be the last release from the group. For those not hip, SOB x RBE were originally two different groups, SOB (Strictly Only Brothers) and RBE (Real Boi Entertainment). Slimmy B repped the first group and Yhung T.O. repped the latter. Earlier this year, T.O. signed a solo deal with Interscope Records and many fans thought that may begin a downward spiral for the group. After a second member inked a solo deal with Steven Victor, things have started to spiral fast.

T.O. posted on Instagram (which has now been deleted) that next week’s release GANGIN 2 would be the group’s last album. While nobody truly knows what has been going on behind the scenes, Yhung T.O.‘s Instagram has been showing OBM x RBE and he foreshadowed this in a recent solo release ‘Betrayal.’

Each member has released solo material, so you will be able to keep up with everybody thankfully. Until next week comes, stream ‘Vibes.’