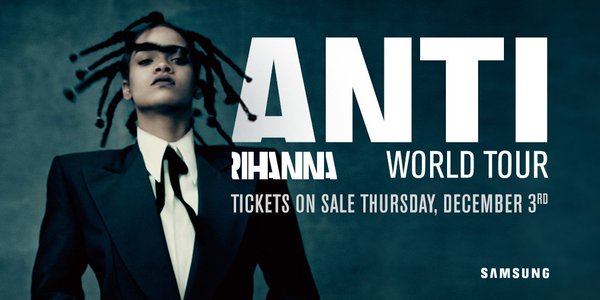 With rumors that her new album ANTI is going to be hitting TIDAL this Friday, Rihanna drops off huge news about her forthcoming ‘ANTI’ world tour. The tour starts in February and goes into May and it will be featuring Travis Scott, The Weeknd, & Big Sean. Wow. You might have to catch this one.