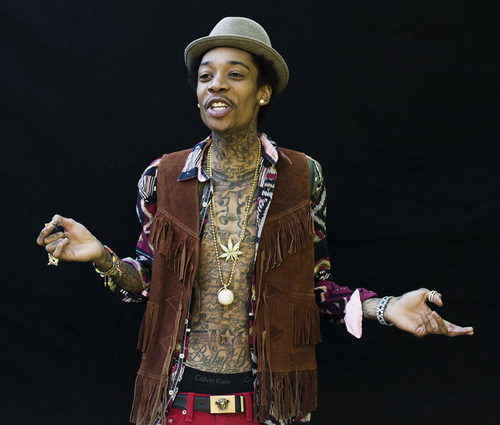 Kanye West changed the album of his new album to Waves last night, something Wiz Khalifa wasn’t a fan of. He claims that ‘Ye is stealing ‘the wave’ from Max B, the incarnated rapper that is an underground cult favorite and made the term wavy prevalent in the late 2000s. Even when ‘Ye tweeted out respect to Max, Wiz wasn’t feeling it, and now Kanye has clapped back. Read the exchange below.
https://twitter.com/kanyewest/status/692161181562310656

Max B is the wavy one. He created the wave. There is no wave without him.

Im a wavy baby for sure and I'm not having it. https://t.co/M7hhKo5TlP

He's the reason I sing on all my songs. That's the wave. If theres nothing wit that sound ITS NOT WAVY.