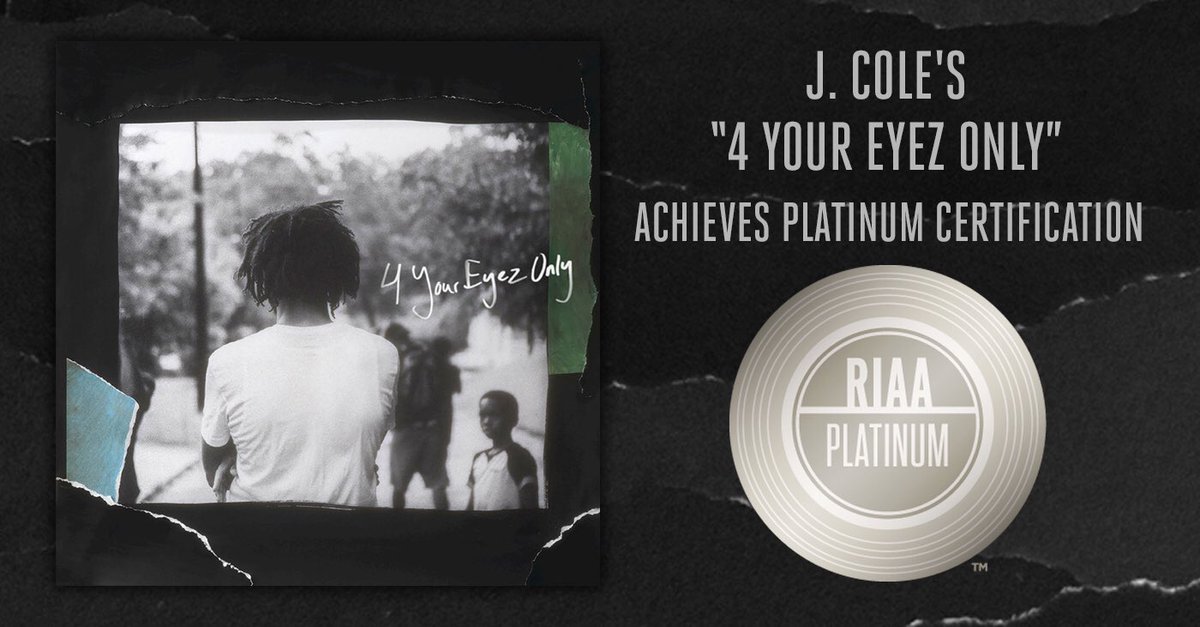 The platinum with no features joke lives on for another J. Cole album. Cole’s latest release 4 Your Eyez Only was officially certified platinum today by the RIAA. The album was released on December 9th, 2016, meaning it only took just under four months for the album to pass the million mark. Each of Cole’s four solo albums have been certified at least platinum, with 2014 Forest Hills Drive being double platinum.

Congrats to Cole and his Dreamville!

Congrats to @JColeNC, #4YourEyezOnly is now Certified Platinum by the RIAA. pic.twitter.com/JoAgYPTVxi