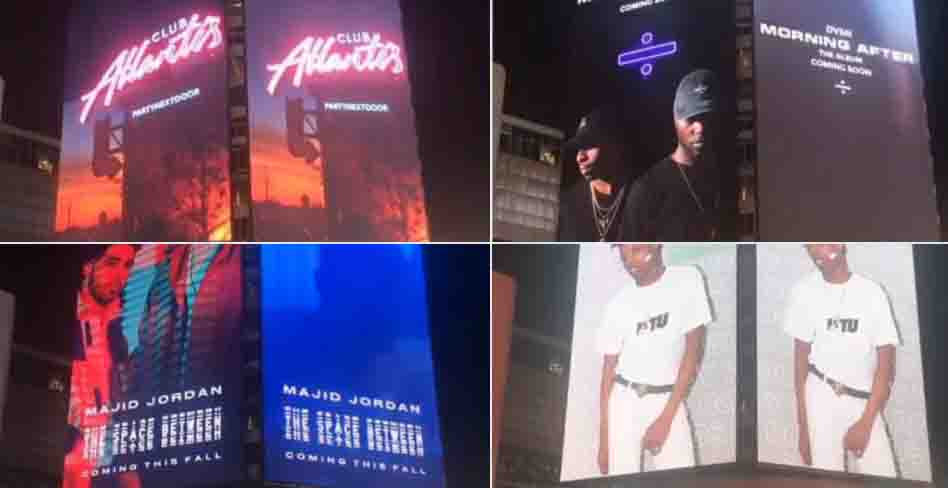 Last night, Majid Jordan revealed on their Instagram that their new album The Space Between would be dropping this fall. Turns out that they are not the only OVO artists with music due out this year.

OVO announced new albums from DVSN, Majid Jordan, PARTYNEXTDOOR, & Roy Woods on billboards at the Toronto Eaton Centre last night. DVSN‘s new album is titled Morning After, PARTYNEXTDOOR‘s is titled Club Atlantis and Roy Woods is Say Less. The Toronto label is about to give us the soundtrack for our fall and winter, which is honestly the best time of year to get music from the label.

View a gallery of the four announcements with their potential covers below.