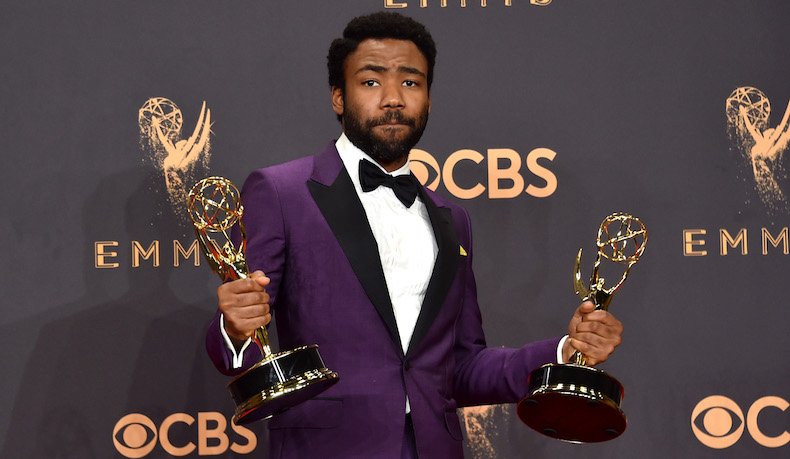 Huge congrats are due to Donald Glover. The talented renaissance man won two Emmys last night for Outstanding Actor in a Comedy Series and Outstanding Directing for a Comedy Series. The awards are for his TV show Atlanta, which will finally return in 2018 after Glover spent most of the year filming for the new Star Wars movie.

After winning the Emmys, Glover once again teased his long awaited collaborative mixtape with Chance The Rapper. Ever since Gambino gave Chance his first major cosign back in the day, these two have been linked to making a full project. I feel as if this will happen at some point but not any time soon.

Watch Glover’s acceptance speeches and the post-show interview below.