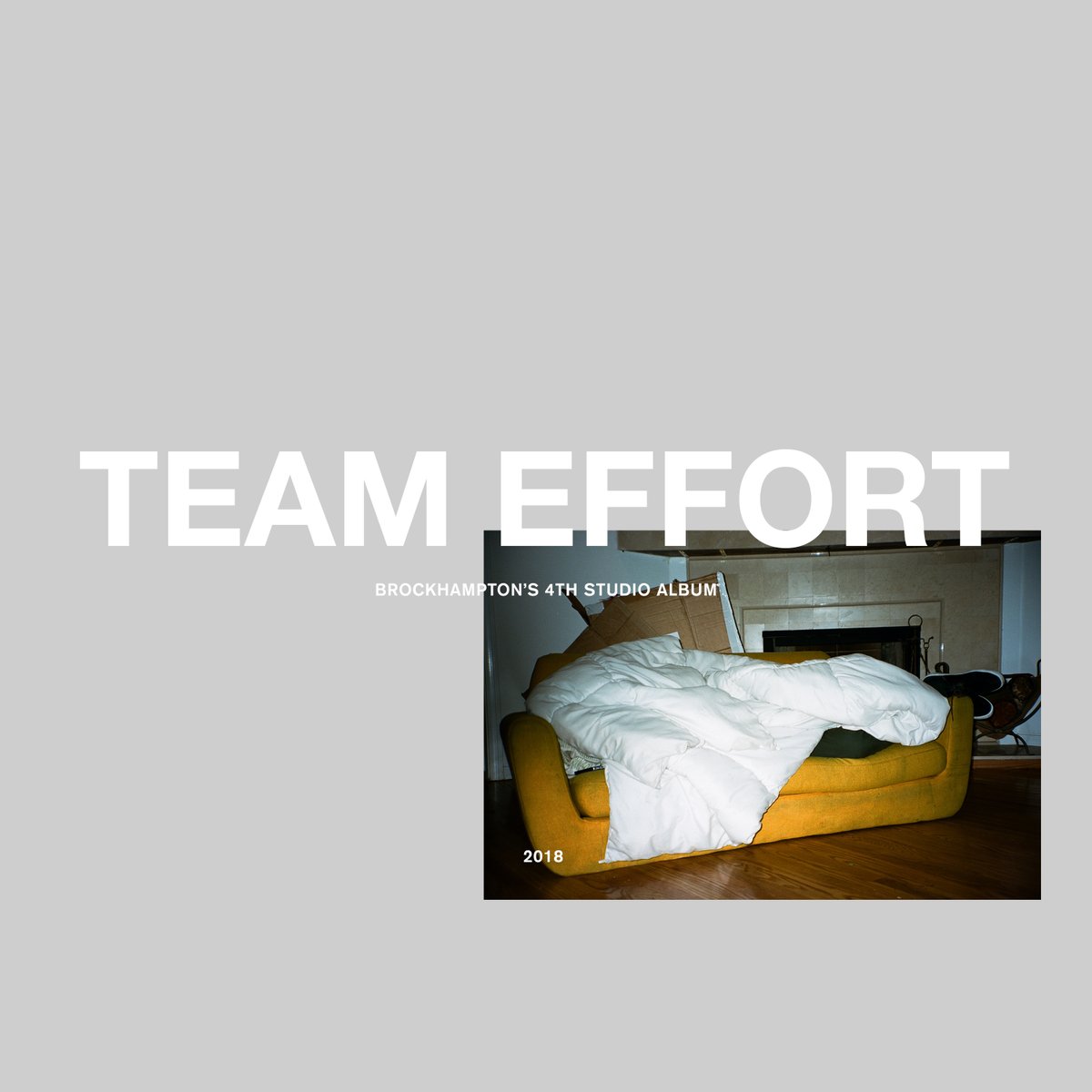 BROCKHAMPTON is really pulling the strings on their fanbase. The boy band is releasing their new album SATURATION 3 tonight and the album was previously announced as their final studio album. The group told fans that they were not releasing any pre-release singles but we have gotten two (‘Boogie’ & ‘Stains’) in the last 48 hours.

Now, hours before the group releases their third album, the group announces their fourth album TEAM EFFORT. The album is slated to drop in 2018. View the artwork for the project above and get ready for the BROCKHAMPTON reign to continue into the new year.