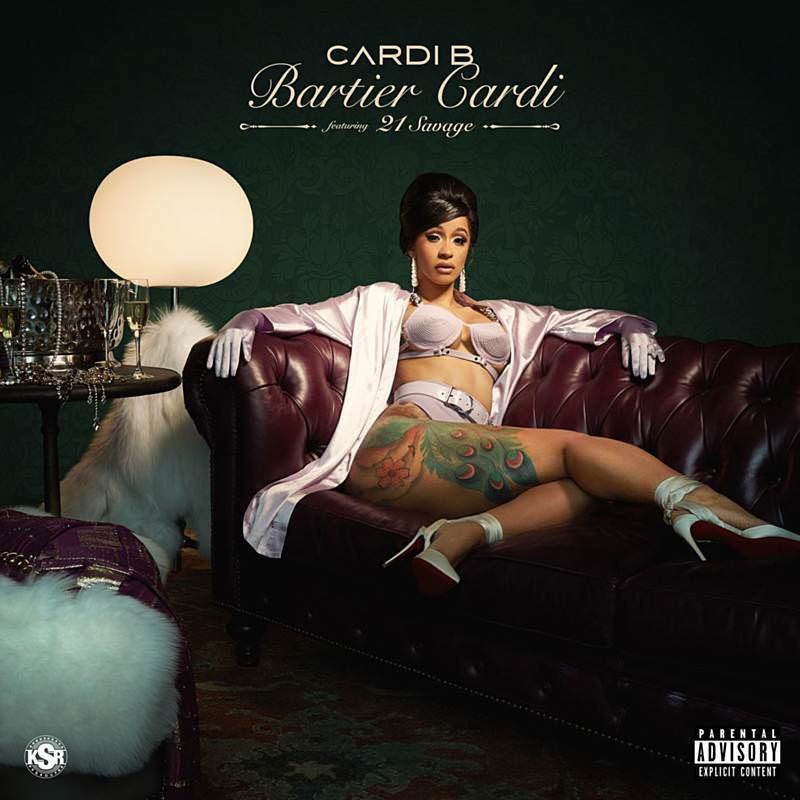 Cardi B has had one hell of a year. Her debut single ‘Bodak Yellow’ hit #1 on the Billboard Hot 100, making her the first female rapper to top the chart in 19 years. She also became the first female rapper to have her first three singles appear in the top 10 of the Billboard Hot 100. On top of all the music accomplishments, she became a cultural superstar.

To cap off the year, Cardi will be releasing her long-awaited single ‘Bartier Cardi’ this Friday (December 22nd). The song features 21 Savage and you can hear a preview of the track below. Money moves!