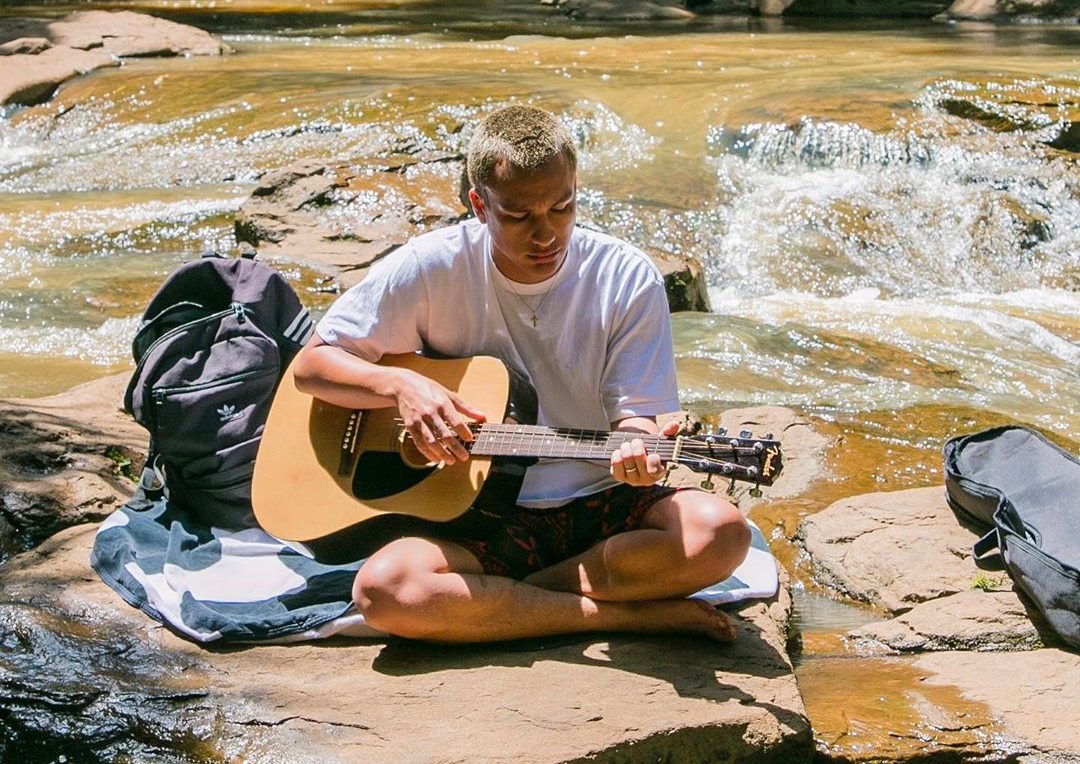 So a few months ago we discovered this kid Kanoa out of Hawaii with this really lovable vocal tone that he was showcasing on these super songs that were mainly just his voice and his guitar. There wasn’t much in the way of mixing either but those songs stood out so much already, even in such a raw state. Kanoa‘s a truly gifted writer but now for the first time on “Mistakes”, we’re really getting to hear how he sounds on a fully polished and produced track. It’s not all that surprising but he demonstrates again that he’s pretty astounding and really on to something. He floats in a really nice pocket on this with some autotune assistance but that teamed up with the glittery guitar chords and watery production creates such a cool feeling. I’m excited to see his song-making continue to develop.