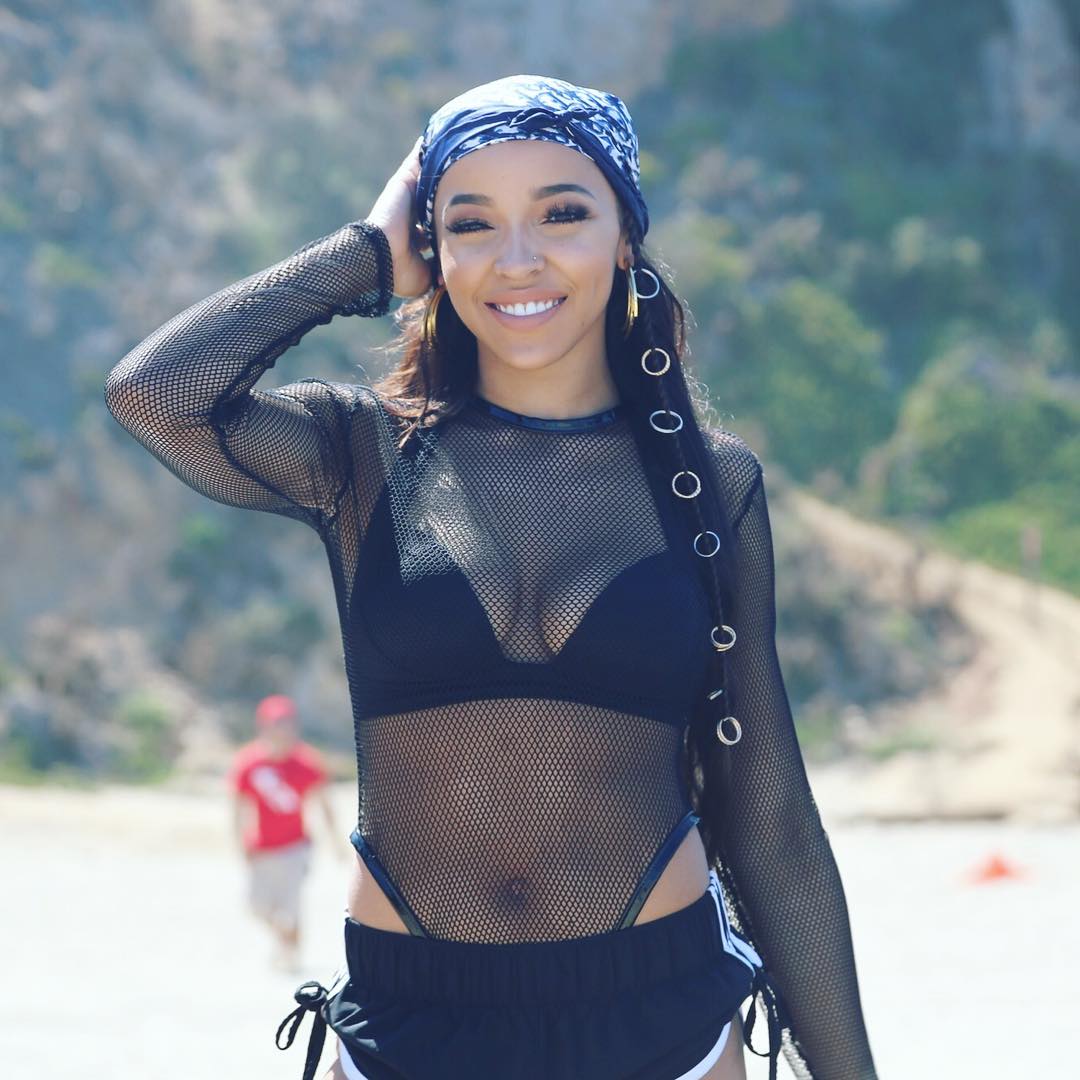 After numerous push backs, Tinashe‘s sophomore album Joyride is set to drop in October according to Rap-Up. The release is set to come two years after Aquarius dropped in October 2014.

Tinashe has had a rough run on the road to the release of Joyride. The title track of the album was given to Rihanna, she had to cancel her Joyride Tour half through the tour earlier this year, and she’s released a handful of singles that flopped. With her new single ‘Superlove’ starting to gain traction on radio and streaming services, it looks like we are finally going to get this album.

Speaking of ‘Superlove’ – get ready for the music video to drop tomorrow (August 12th). Peep a behind the scenes shot from the video below.