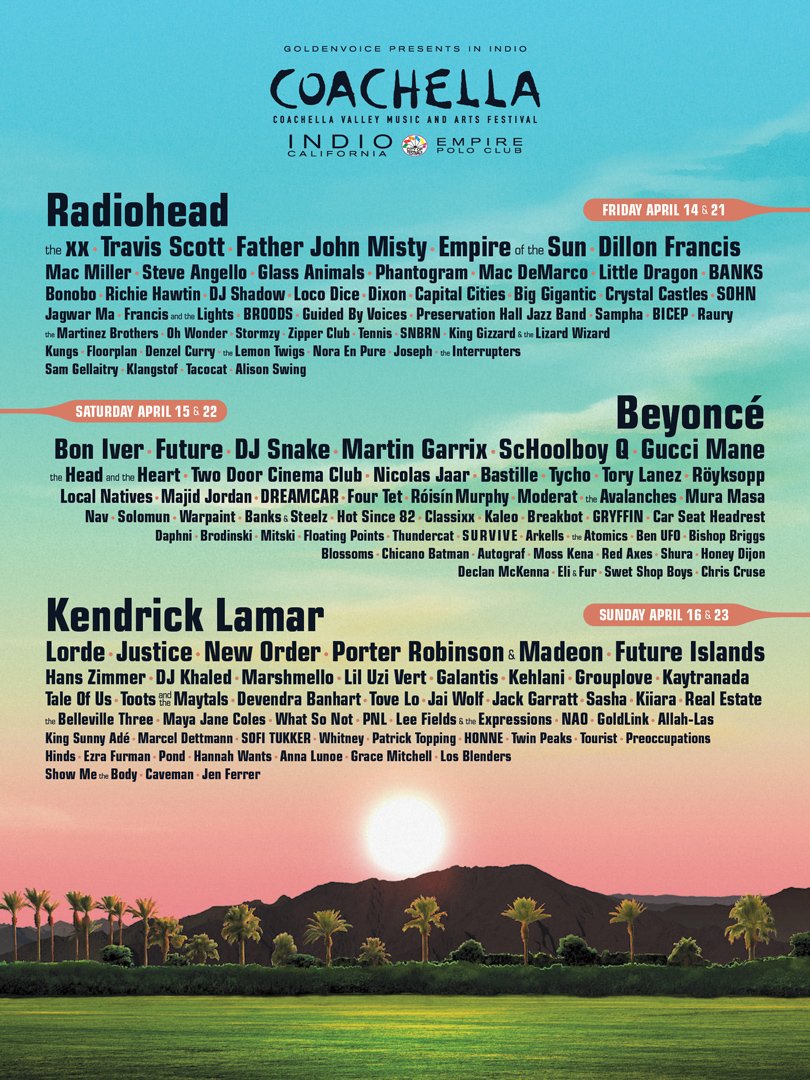 I don’t have the statistics but I think it’s a safe assumption to say that Coachella is the biggest music festival in the world (or at least the country) these days. The Indio, California music festival just revealed their lineup for the 2017 event and among the big names are Kendrick Lamar, Beyonce, Radiohead, Travis Scott, Lorde, Gucci Mane, Mac Miller, Future, Schoolboy Q, DJ Khaled, Kehlani, Lil Uzi Vert, Kaytranada and plenty more. Check out the full lineup above.