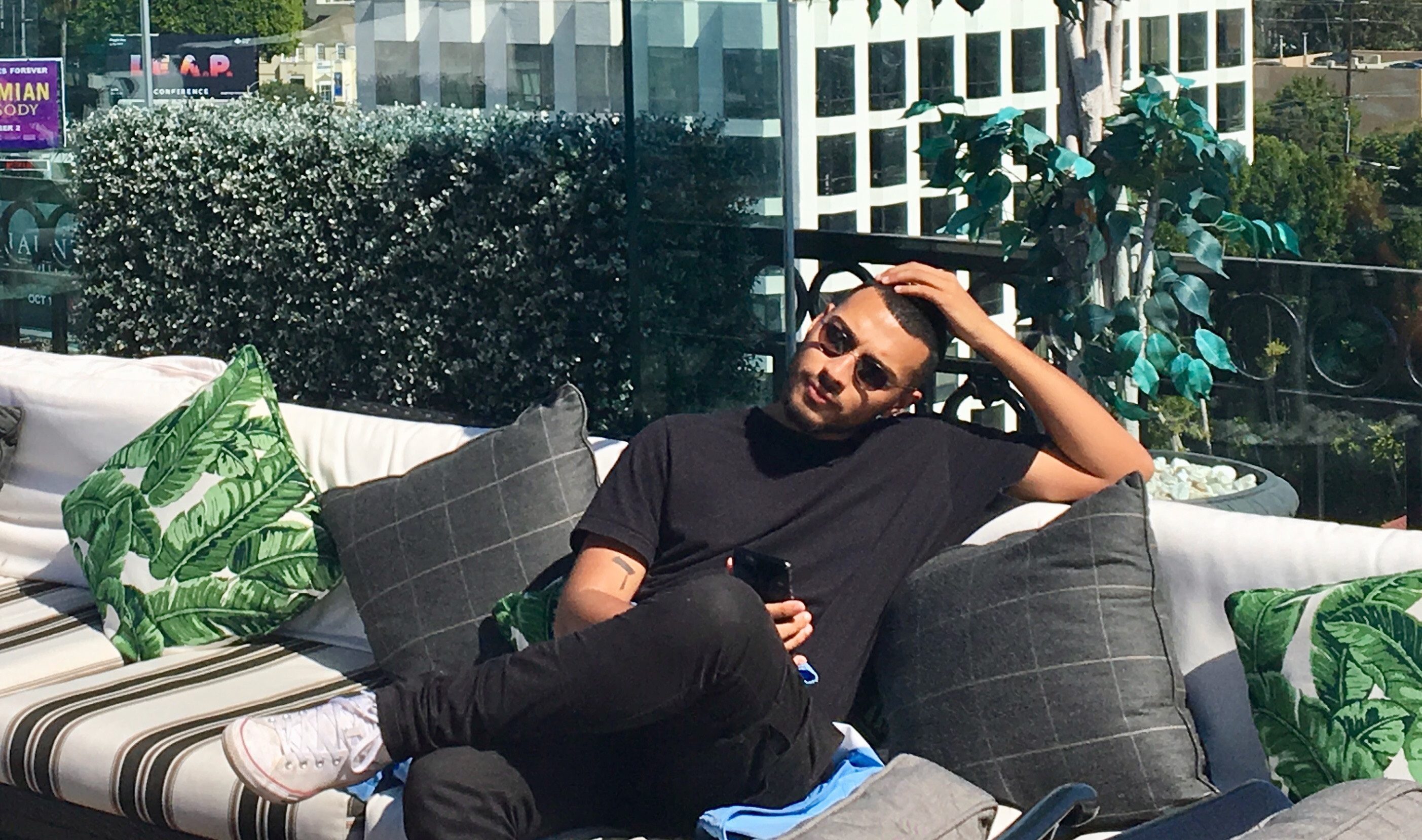 We find and spotlight a lot of new artists over on this side but marcos g is undoubtedly one of the names that’s left an indelible mark upon me ever since I found his music on Soundcloud. When I get the classic “what new artists are you messing with right now” question, marcos is one of the first to ring into my head. The Miami native has a pristine, soulful voice and it was surprising to find out that he’s only been recording music for a pretty short time because this man sounds like a seasoned pro already. This is only the beginning for the Miami kid as he starts to lock in with professional producers to really take his sound off the ground. We talked to marcos and really got to know a name that we are almost going to be certainly hearing a lot about in the future. -Trixx

Tell us a little bit about your background – where’d you grow up and how’d it influence your music?

I grew up in Hialeah, FL. A city in Miami-Dade that’s filled with hella Latinos. Lots and lots of Cubans but it’s all love. I’m Nica-Colombian and I’d like to say my parents are sick musicians or something cool like that but they can’t hold a note for their life. I just fell in love w music in general like through the generic pop radio stuff. I took classical piano lessons for 6 or something years and my parents thought it’d be great if I played at my church. That’s where all the creativity poured out. Lots of talent on the team and it really helped shaped my character and just my overall “music self”. Very grateful for them.

Whose music has influenced you the most and how?

I love R&B. Old Chris Brown, Trey Songz, The Dream stuff was definitely in constant rotation. But not to sound cliche or anything but Frank Ocean is THAT dude. I remember waiting for Channel Orange to come out, downloading it through Limewire or something like that, probably frying my computer trying to burn it on a disk and just running it back in my moms car all day. Felt like a movie, definitely an emotion you wanna get people to feel when they listen to your stuff. So sick.

Honestly man, I started making music this year. At least, in a serious way. I released trash stuff just for fun on SoundCloud that were straight voicenotes. Back in April I recorded some tracks that I released in June that people really messed with as STUPIDSONGSFORTHESUMMER. The catalyst, I’d say, were my friends who were like “yo drop a mixtape” joking around but genuinely believed I could make something decent enough for them to play in their cars hahaha.

How has your style changed since you started making music?

I feel like it’s just been riskier. I’ve definitely been very open to new things lately, taking my voice into places I thought were too insane or too hard for me to attempt. It’s just been a process of realizing that as much as a perfectionist you can be, you might mess up, and mess up a lot, but that’s cool cause you have a great team behind you that’s like “dude, you’re fine, let’s run it back”

Describe is your creative process

There’s no real method for me to just start writing or something, it’s just who you have around, how you’re feeling that moment. Working with producers that love giving input is always so sick. Having other people who help out maybe smooth out your idea is ideal. You could write a good song by yourself, but you can write a great one if you include the right people into your creative circle.

What are 3 things you would want new listeners to know about marcos g?

I’m not a rapper haha. I appreciate any type of feedback whatsoever and from whoever and last is that I’m just very grateful, people listening to my stuff and actually being like “yo this is dope” means so much to me, you guys don’t even know.

If you had to pick 1 artist to do a joint project with – who would it be?

Not really 1 artist but it’s one name so I guess it’s a loophole, but BROCKHAMPTON. So so fire, I’d be down to just play the triangle on any track but those guys are making some fire stuff and have really skyrocketed, would love to collaborate in any way possible.

How was your first LA trip?

LA was so so sick. Quick shout out to my managers Buddy Gates and Daniel Schultz, they’re awesome, and I appreciate how much they really believe in me, it’s crazy. But they set me up with some real dope producers and I just had a great time making some awesome stuff I’m excited to share. Getting away from the Miami humidity is always a plus. Malibu was real nice, you can see why so many celebrities move out there.

What’s on the horizon, what’s to expect next?

I’m working as hard as I can to make some music everyone can enjoy, might release a video, who knows? But you definitely want to keep an eye out for all that. Sooner than you think.