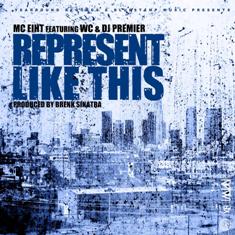 The term underrated is most certainly a very overused one but MC Eiht is one emcee that doesn’t seem to always get his just due.

For those that don’t know MC Eiht was another rapper from Compton, California and he was a member of Compton’s Most Wanted and while they didn’t get the enormous commercial success and fame of fellow Compton crew N.W.A., they were right behind them. MC Eiht had quite the solo career as well and he’s certainly one of the most iconic voices from the west coast. Remember guys, MC Eiht was on Kendrick Lamar‘s modern classic “m.A.A.d. City”.

DJ Premier has talked about this album in interviews for years when interviewers would ask “what’s next?” and finally, the comeback MC Eiht executive produced by DJ Premier is coming on June 9th. Check out the tracklist for the album below as well as they lead single “Represent Like This” featuring WC and DJ Premier.