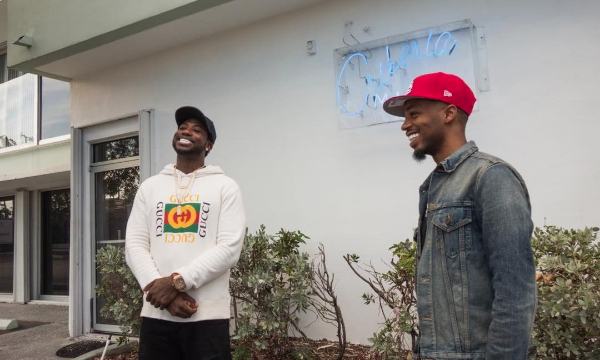 The king of content Gucci Mane has actually been moderately quiet thus far in 2017, especially considering he dropped three albums in 2016 in a 5 month span. He took to Instagram today to post a couple of photographs with young Metro a.k.a. Metro Boomin. One caption read “Somebody dare me to drop this tape with metro ASAP…say I want do it!!!!” and then the following picture’s caption read “Metro. Guwop. New tape ? saynomo”.

While there’s no dates yet, it’s good to know that this is a real thing that they’re either working on currently or maybe it’s something they’ve finished. Expect that project along with Gucci’s next album Drop Top Wizop in the near future.

Somebody dare me to drop this tape with metro ASAP…say I want do it!!!!