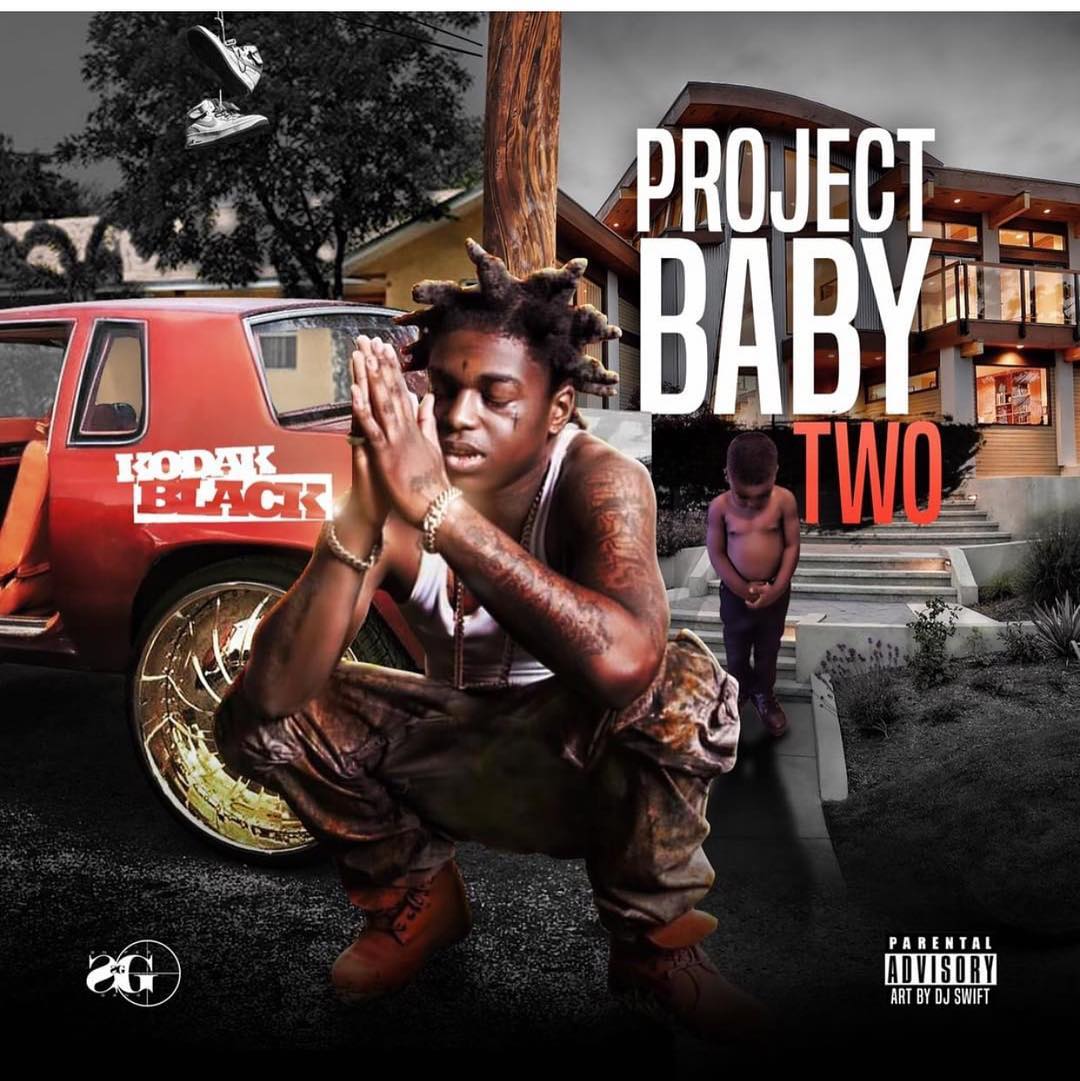 Kodak Black‘s been free from prison for a month or so now and of course, the new music’s in work. Project Baby was Kodak’s debut mixtape that he dropped in 2013 and it didn’t get him immediate recognition but after some street buzz and a Drake cosign, his name started to buzz and people went back to Project Baby. Kodak took to Twitter last night to announce the new project and he revealed the artwork for it. No date’s been revealed yet but it’s definitely not too far off.