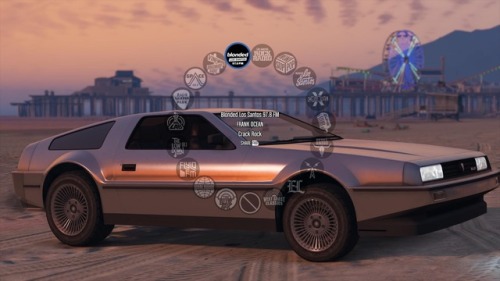 Basically all of Frank Ocean‘s news comes straight from the goat’s mouth, on the only “social media” platform he uses, Tumblr. He took to his Tumblr late last night to post this picture, which you can also see above. It’s a screenshot of the game, featuring the pull down tab of all the radio stations and it has highlighted “Blonded Los Santos 97.8 FM”, which is playing the Frank Ocean song “Crack Rock”.

According to a user on KanyeToThe, the radio station is already live on the crossplatform game. So boot up GTA 5 and download their latest update and you should be able to play Blonded Radio, which is based on Frank’s Beats1 Radio Show. Below is the full tracklist of the songs included on the game.