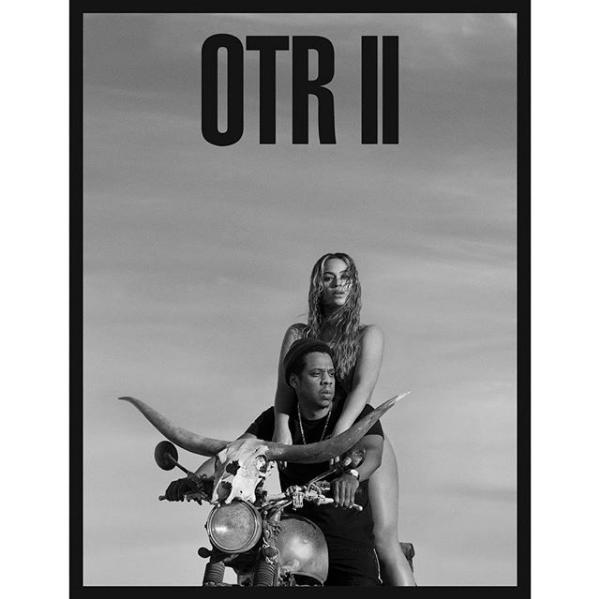 I’ve had my suspicions for a while now that the one of the most powerful couples in the world, Jay-Z and Beyoncé would be heading out on tour together. I had this post drafted up ever since I saw this tweet and there was even a little more news last week that slid out as Beyoncé‘s Facebook accidentally showed new tour dates for a few brief minutes. Finally today Jay-Z & Beyoncé announced that they will be touring together this summer.

Beyoncé took to Instagram this morning to reveal the OTR II trailer as well the tour’s poster.

Pre-sale for the concert goes on sale this Wednesday, March 14th and all tickets go on sale next Monday, March 19th. Those are odd dates so mark it on your calendar, these are gonna go fast! Head to Beyoncé‘s website to purchase tickets and learn more.