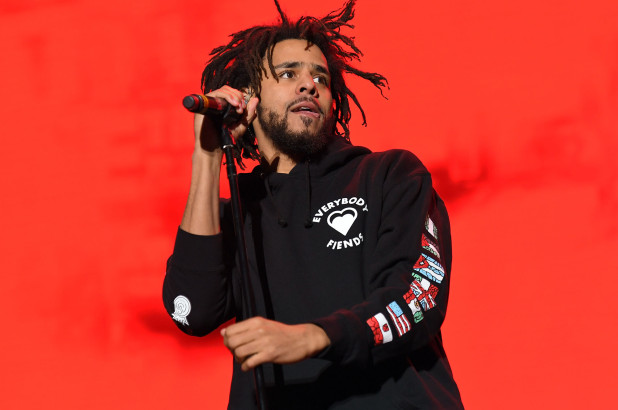 J. Cole will be releasing his new album KOD this Friday, April 20th and he just took to Twitter to reveal the cover art and back cover, which includes the tracklist. From the people who attended his listening events in New York and London, word was that there would be no features, so it was a little weird seeing a couple features from “kiLL edward” listed. It didn’t take long to figure out that kiLL edward was in fact still J. Cole, since a new song called “Tidal Wave (just a little reference)” from kiLL edward sprung up on streaming services. It’s a slightly pitched down singing J. Cole and it’s super apparent that it is actually Cole. Take a listen to that track down below and perhaps it’s a little taste of what KOD will sound like.

KOD 4/20 Cover and back pic.twitter.com/2iUaKrI42F