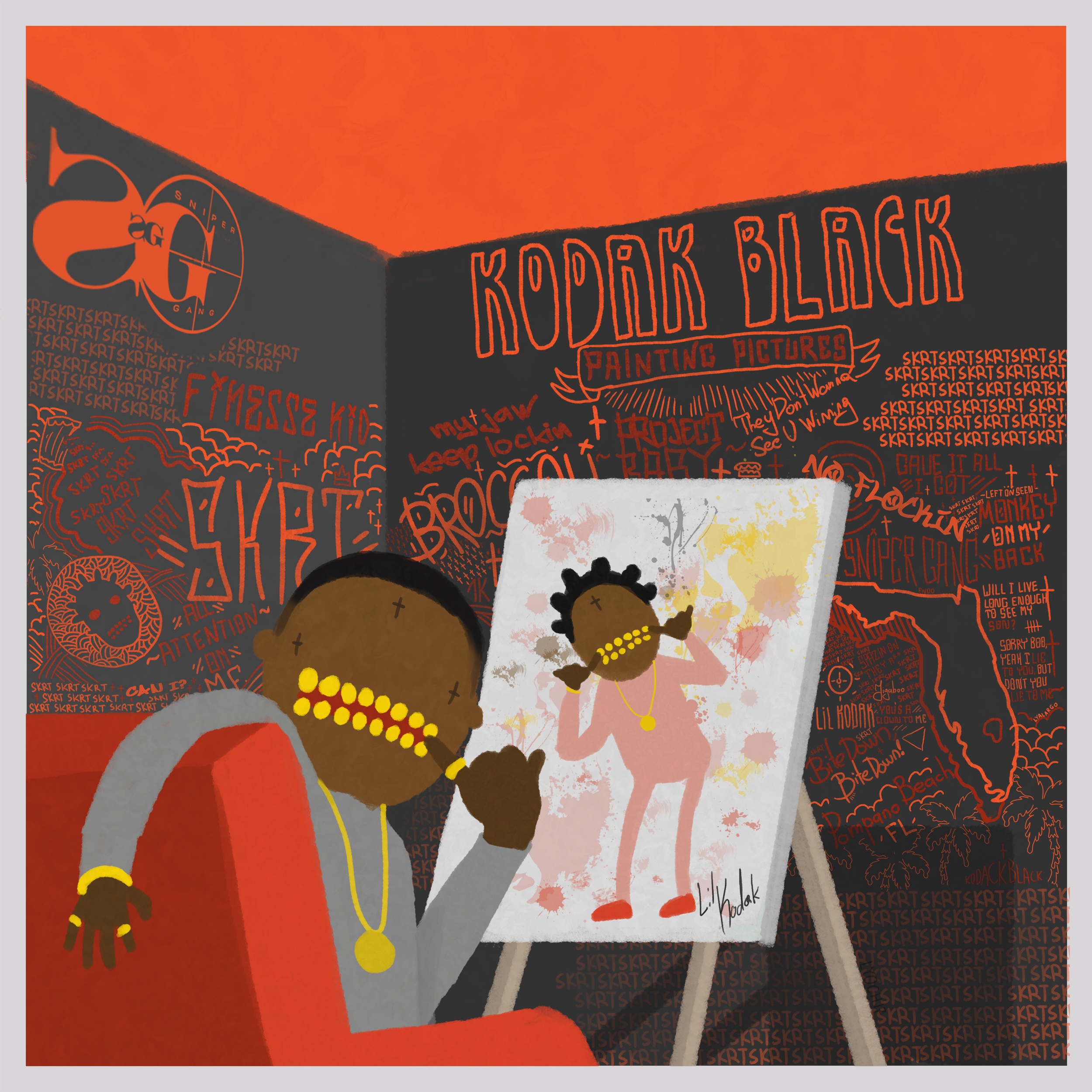 Kodak Black is currently incarcerated but that isn’t halting the release of his new project Painting Pictures. It is still confirmed to release next week on March 31st. The album is being led by the instant success of the single “Tunnel Vision”, so regardless of Kodak being away, he’s still got plenty of hype surrounding him. Hopefully some of the project wasn’t compromised just to meet this release date however.

He’s serving time currently for violating the terms of his house arrest, which allowed him to move and travel around the country but only for work purposes. A couple strip club trips and other negligence led is what led to the violation of his parole landing him back behind bars. Kodak’s next court date is on March 28th so hopefully some good news will come out of that.