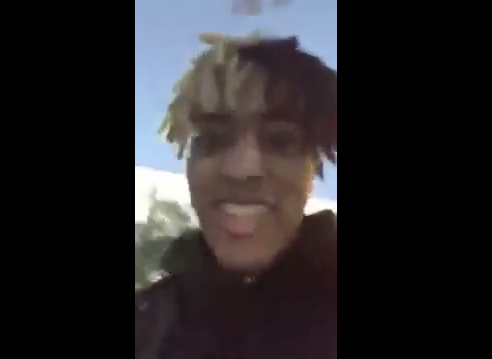 XXXTENTACION is a rapper from Florida and he’s gotten more popular in prison than he ever was before it and now he’s free to surely bask in the new level of attention.

Now there’s a ton to say about this guy so I’m trying my best to summarize it all. He’s a major player in the new wave of rap, a Soundcloud movement as these guys are often referred to as “Soundcloud rappers”. XXXTENTACION is unique and surely enigmatic and somehow he grabbed a lot of people, amassing a big internet following all before this prison stuff. I was always hip but aside for a couple of his moody songs, let’s just say it wasn’t for me.

Now music aside, XXXTENTACION was locked up on two separate charges one for armed home invasion and the other for aggravated battery. The second one was widely spread as there were pictures online of his ex-girlfriend whom he had allegedly assaulted. This pictures were brutal but still XXXTENTACION denied it all vehemently, basically saying that she had framed him.

So there’s a huge question mark on this guys character but regardless, he was able to make it to the Billboard Hot 100 while in prison when accusations that Drake had stole his flow on “KMT” had went viral. It got him a lot of buzz and a lot more interest was acquired and being that he’s such an enigmatic figure, people have been really intrigued.

Now today he was officially released from Broward County Jail. He visited the local 103.5 radio station to make it official that he was free and he also later periscoped for his fans, showing that he had been freed from jail. He is in fact free but he’s on probation and you can even see that in his new Twitter profile picture. You can watch the archived Periscope video below and be on the lookout for 3 new projects from him, as he announced on the live stream. We’ll certainly be hearing a lot from him music wise and the people are listening. Hell, he’s even got a couple major label A&Rs with him already down in Miami on his first day free.