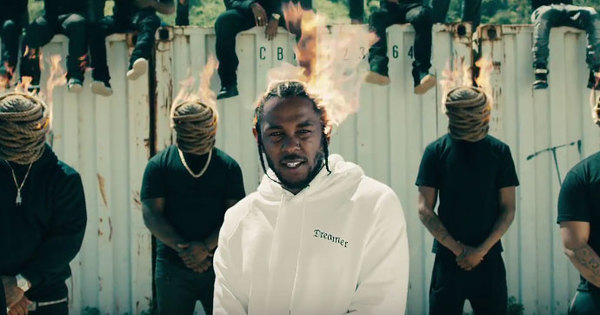 Kendrick Lamar‘s new single “Humble.” dropped a little over a week ago and it immediately turned heads paired with it’s iconic music video.

Billboard has reported today that the new single will debut at #2 on the Billboard Hot 100, behind Ed Sheeran‘s “Shape Of You” which holds strong at #1. This is a phenomenal achievement to debut this high on Billboard, especially for a rap artist and extra especially for a rap artist who doesn’t necessarily cater to a pop audience. “Humble.” is unapologetically hip hop but the response to the record has awarded it already. And of course, prepare for Kendrick’s new album which officially drops THIS FRIDAY, April 14th.