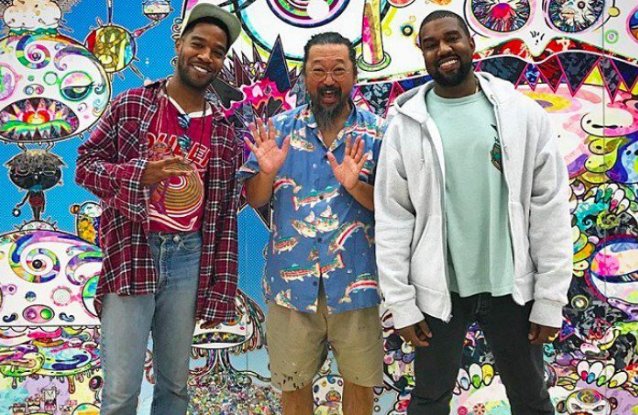 Kid Cudi and Kanye West were photographed last week in Japan with artist Takashi Murakami who actually created the cover art for Kanye’s Graduation album and this automatically sparked uproar, mainly because Cudi and Kanye were clearly friends again after some noted public strife and it also got people thinking “what were they doing there?”.

We posted an Instagram post last week of this Kanye and Cudi picture, mashed with a couple of Instagram captions of people that were in that room with Kanye, Cudi and Murakami. Both captions mentioned the title Everybody Wins and the date December 31st. It all still seemed very fishy but thanks to Page Six, there’s now even more reason to believe that Cudi and Kanye are cooking something up. In their article they reference an anonymous, insider source who says “they’re going to drop some crazy collaboration out of the blue. They’re going to drop some surprise project on everybody. They’re recording it now.”

There’s still much reason to be skeptical as without some firm proof, this could just be a supposition that was mde because a few clues have made it seem like Cudi and Kanye have an album in the works and they decided to run with it to grab some clicks. I’m thinking optimistically here because a project between the two of them, two of my favorite artists of all time just seems to make too much sense so let’s keep our fingers crossed and hope for the best.

#KanyeWest & #KidCudi are currently in Japan together and a few instagram captions have us thinking they may have an album on the way?!?!?! #EverybodyWins