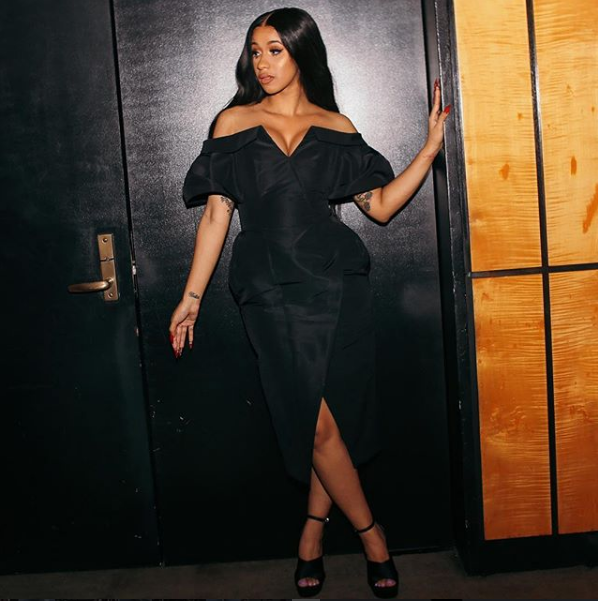 Cardi B had arguably the biggest 2017 of any artist and it’s even more astounding because she’s a new artist. Her hits have had the people clamoring for news on her debut album and we’ve finally got an update. At the iHeartRadio Music Awards last night, Cardi revealed that they album would be coming next month!

Originally, she was slated to put out an EP in October, but it ended up getting pushed back and extended into a full-blown debut album. The pressure’s been on her to deliver while the hype’s still hot and she’s seemingly done that and submitted her album. I’m assuming that this proper debut album needs the right preparation on the label side so she may have turned in her finished album. If that’s really the case then it’s a sure thing the yet-to-be titled album will be dropping in April.