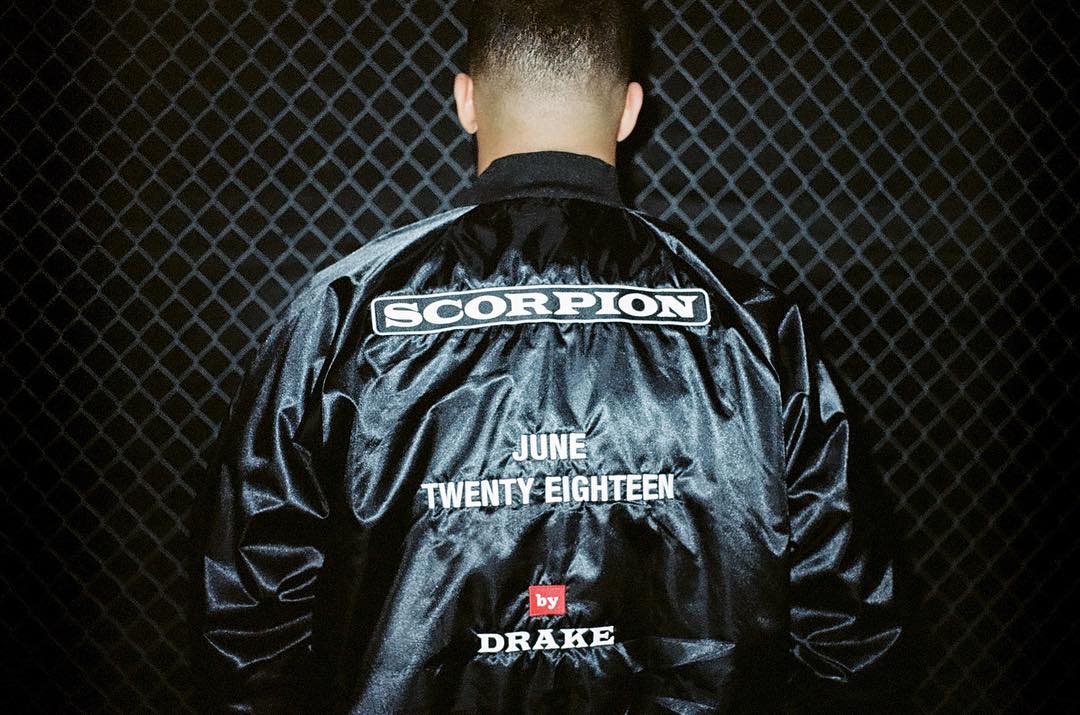 Drake just earned himself another number #1 song today as “Nice For What” overtook his own song “God’s Plan” at #1 on the Hot 100 Bilkboard charts. In addition to that, he just took to Instagram to make a HUGE announcement, and that is pertaining to his forthcoming album.

The rapper posted one picture of the back of a jacket which reads “SCORPION JUNE TWENTY EIGHTEEN by Drake” and the second being a chain with a scorpion on it. Both pictures are attached with the description “JUNE 2018”. So it’s safe to say that Drake‘s new album is called ‘Scorpion’ and will be dropping in June! Stay tuned for more info on the album!